Junior kicker Julia Petry has missed only a handful of extra points all season, contributing big time to the team's 5-0 start. 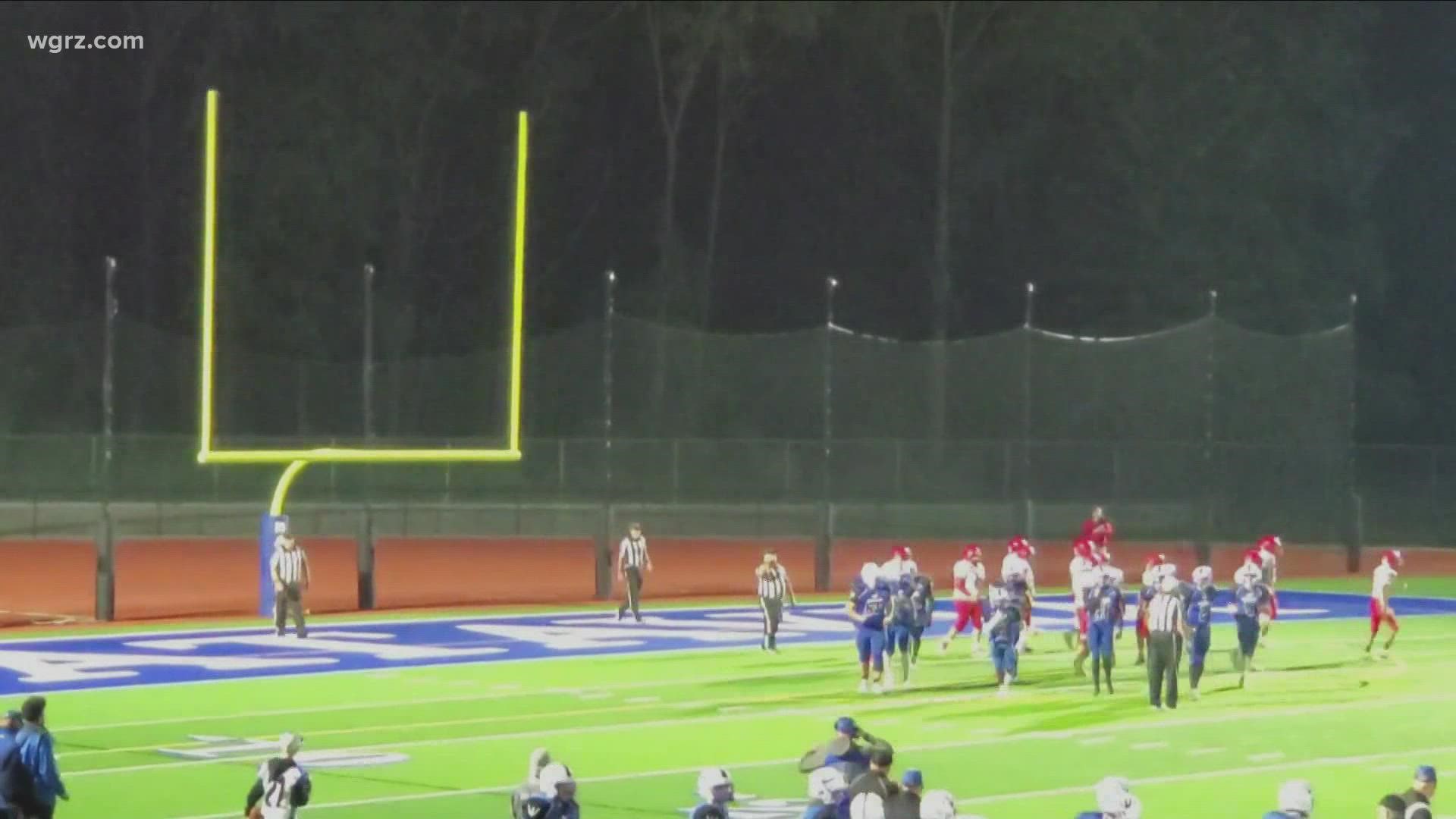 BUFFALO, N.Y. — If you've been to a Batavia High School varsity football game this year, then you've heard the name Julia Petry. The junior kicker has 29 points on the season, and recently came within two of tying a school record for extra points per game.

"I'm just really focused," Julia Petry told 2 On Your Side about her mindset during games. "I'm focused on my steps making sure it's right, getting it right. Then the second I see it go through that upright, it's just this wave of relief, like I did that. I just did that."

No matter how much success you're having, when you're the only girl on the field, there's bound to be some pressure.

"It was a little nerve-wracking at first," Julia Petry admitted. "But I felt a little okay, because I've been involved in the boys lacrosse team, so I've been around that atmosphere a little bit."

That's right: football isn't the first boys sport for Julia Petry. She also plays defense on the boys lacrosse team, following in her older brother L.J.'s footsteps. He was her inspiration to try out for football, too.

"My brother was playing football his senior year, and my dad also played for Batavia high," she said. "So I started joking around with people, like 'oh, I'm gonna play, I'm gonna be the final Petry to play.' Then people started telling me like, 'you're a girl, girls don't play football.' "

"I got told that enough, and then eventually I was like, 'okay, I'll show you that I can do it,'" she explained.

Knowing their daughter was never one to back down from an athletic goal, Petry's parents, John and Jennifer, were hardly surprised to hear her plan.

"When she came to me and was like, 'I want to be on the football team,' I'm like, 'yeah that makes sense,'" said Jennifer Petry.

They were on board right away.

"We figured out that she was going to try out for kicker, and we went and got a coach to teach her, because I had no idea how to kick," said John Petry.

Now, Julia Petry credits that special teams coach, as well as her parents, and her teammates for her strong start.

"They're all there to boost me up," Julia Petry said about her teammates. "If I miss something, even on the field, like the few kicks I did miss, everybody was coming around me. They had my back, like, 'it's okay you got the next one.'"

"They treat her just as equal as they treat anybody else on the team," said Varsity Head Coach Brennan Briggs. "They're very encouraging with her and you know, she fits right in."

Briggs says Julia Petry has brought a lot more than just her athleticism to the field.

"There's obviously a buzz," he said. "People talking about it, and we've scored quite a few points, and she's doing a great job. Doing her part when it's her time to put it through the uprights. So it's really neat to see."

No matter what the scoreboards or the record books say, the final Petry to play is leaving her mark on Batavia football in more ways than one.

"It's this amazing sense of pride when you're in the stands and you see a mom down over there, screaming louder for your daughter than you are," Jennifer Petry said. "She doesn't realize what a role model she is yet."

"I haven't been told like, 'oh you inspired me,'" Julia Petry said. "But I definitely feel that. Like some people think, oh this is really cool. I think it's really cool. I love doing it too."

Julia Petry is actually a four sport athlete, playing basketball and soccer on top of the football and boys lacrosse. She does it all while carrying a 97 average and working 16 hours a week at her part time job. Her goal is to get a scholarship to play football in college.