When 6-year-old Ayaan Arshad's parents said they were donating items to St. Luke's Mission of Mercy, he ran to the car with his jar of money so he could donate too. 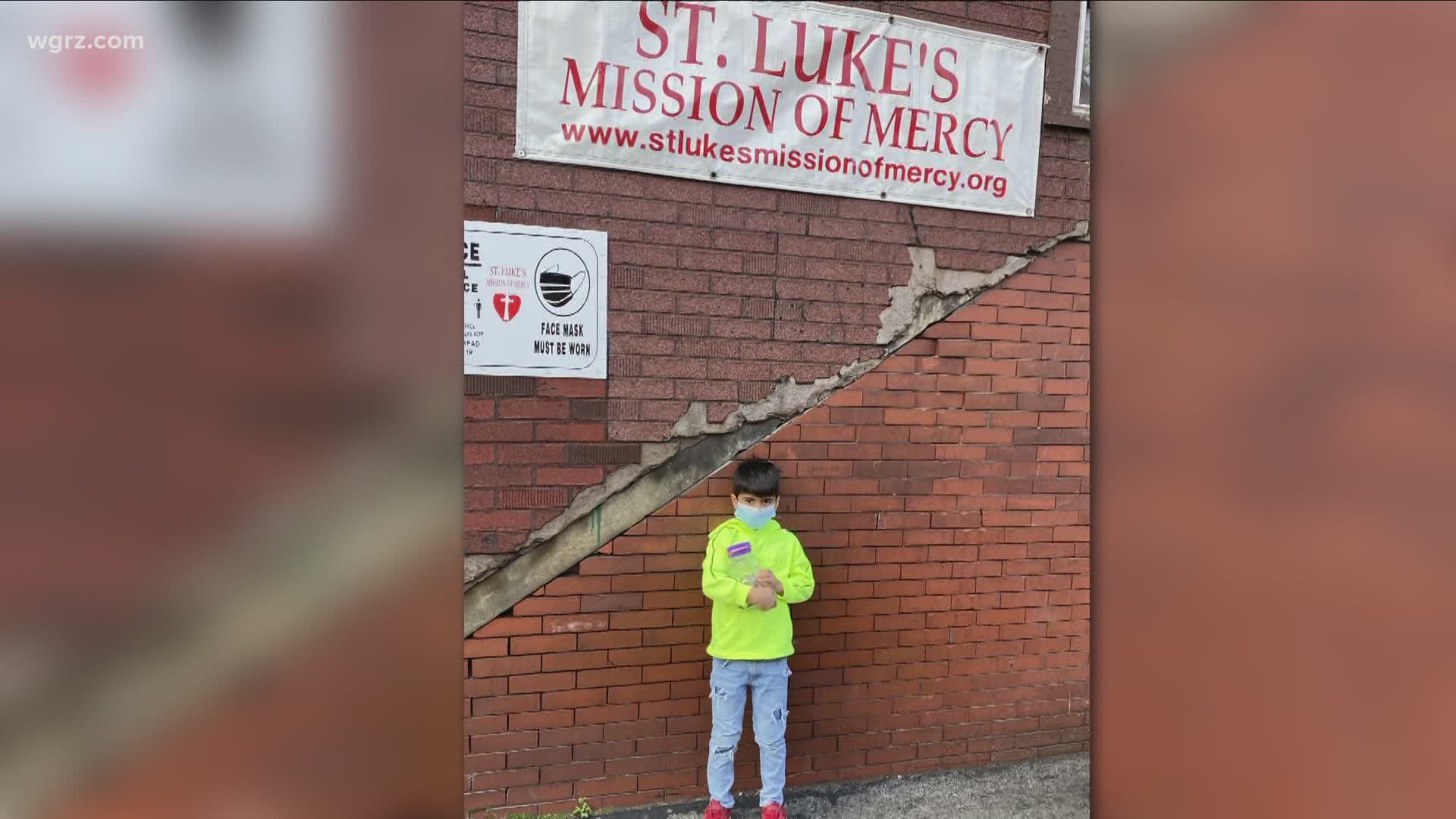 2 On Your Side's "Good Neighbor" of the week is a little boy from Amherst who donated his piggy bank to strangers.

"I will say that he has a very kind soul," said Ayaan's mother, Samreen Arshad.

That soul shined brightly in mid-October when Ayaan's parents planned to drop off some household donations to St. Luke's Mission of Mercy in Buffalo.

"We just had so many things in boxes and suddenly he comes running with his little jar of money that he's been saving. His grandma got it for him. And he said, 'I want to take this and donate it,'" recalled Samreen Arshad.

And Ayaan did just that. He gave all of the spare change he had been collecting and saving, about $40, to St. Luke's.

He said he never even thought about keeping it for himself. He just felt like giving it away.

"Generosity like that, concern for the poor, it touched us all," said St. Luke's missionary Drew Bernstein.

St. Luke's Mission of Mercy does not receive money from the government or the Buffalo Diocese. The staff at St. Luke's are especially grateful for donations, big or small because they've been serving nearly twice as many meals each week - about 5,200 - because of the pandemic.

"What I told Ayaan when he brought the donation is his money is going directly to feeding the hungry. It goes toward our grocery bill. It's that simple. Every bit counts," Bernstein said.

Ayaan's mother said she and Ayaan's father have always tried to instill the values of charity and generosity in their son.

"Charities are a huge part of our family and we really believe in giving and that's something we always talk about at home," said Samreen.

They talk, and clearly, Ayaan listens and takes it to heart.

"I wanted to give away money so people that are 'poorless' can get money and have a great rest of their life," said Ayaan.

He brought his jar home with him after he made the donation and he plans to continue to save his money, so he can donate to a charity again.

If you know a Good Neighbor, like Ayaan, who should be featured on WGRZ Channel 2, share their story with Daybreak anchor Melissa Holmes by emailing Melissa.Holmes@wgrz.com .