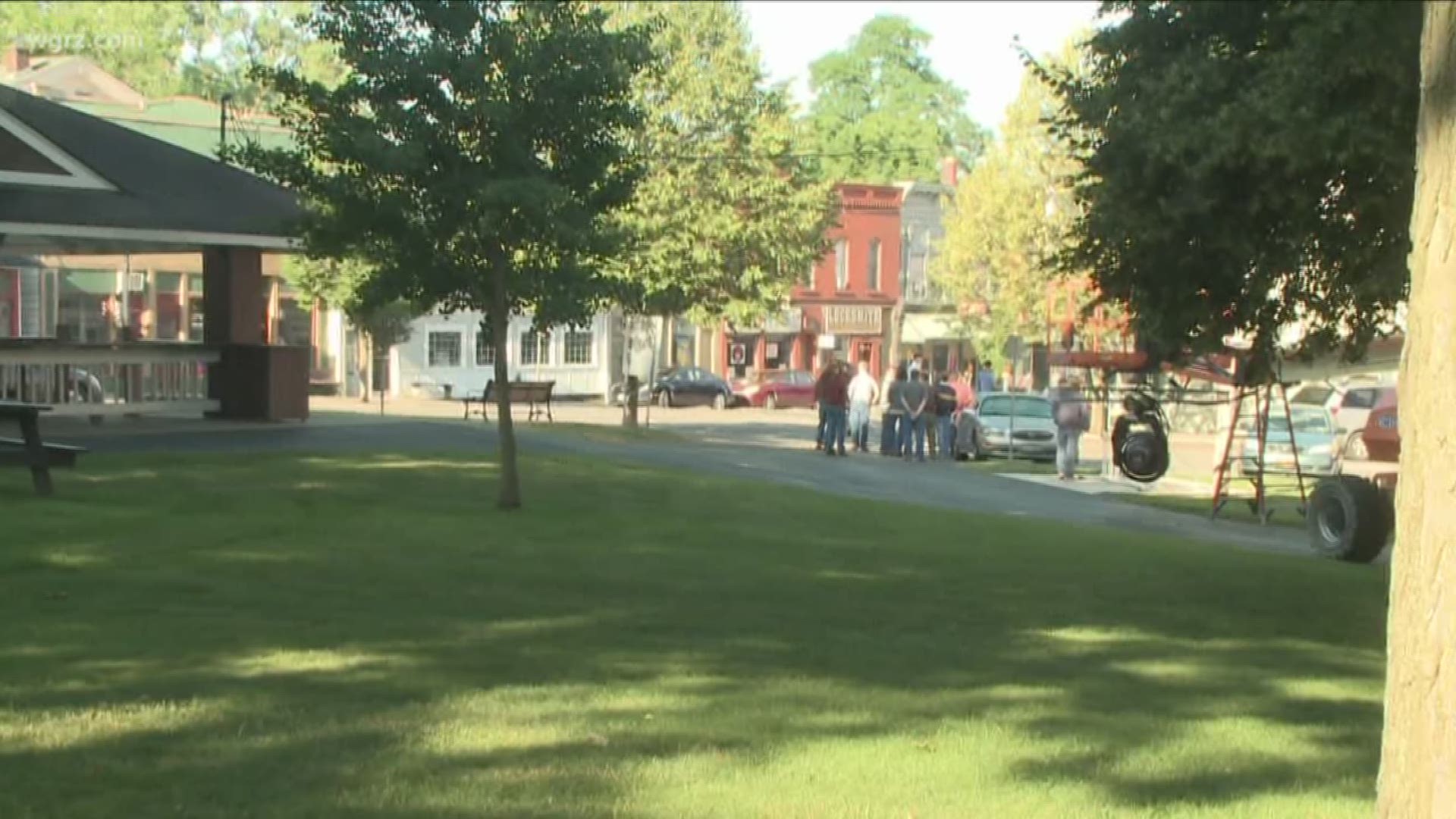 BUFFALO, N.Y. — Just after sunrise Monday morning, dozens of crew members and some extras started making their way to the heart of the village of Akron to begin filming scenes for "A Quiet Place 2." Main Street in the village will be blocked off to all foot and car traffic, but local officials say people are still invited to come take a glimpse at the John Krasinski-directed film.

"To watch, if you're going to come up here you're not going to be able to access Main Street at all, whether by foot or by traffic. In Russell Park, which is in the middle, you'll see a line where you can go to. We ask you to please stay behind that line, and see what you can see," said Akron Police Chief Rick Lauricella.

The first "A Quiet Place" film took place in a post-apocalyptic future world, but based on the sets installed throughout the village of Akron, the next film looks like it will feature at least some scenes that take place in the past. The excitement drew a lot of visitors over the weekend who wanted to see it all before filming started.

"It's been very busy," Lauricella. "It's been very busy. Last night, Main Street was full of people taking pictures and so forth. And again just be courteous and cautious as you're moving around. There's a lot of wires along the village road."

Filming in Akron is scheduled to wrap up Wednesday, July 24th.