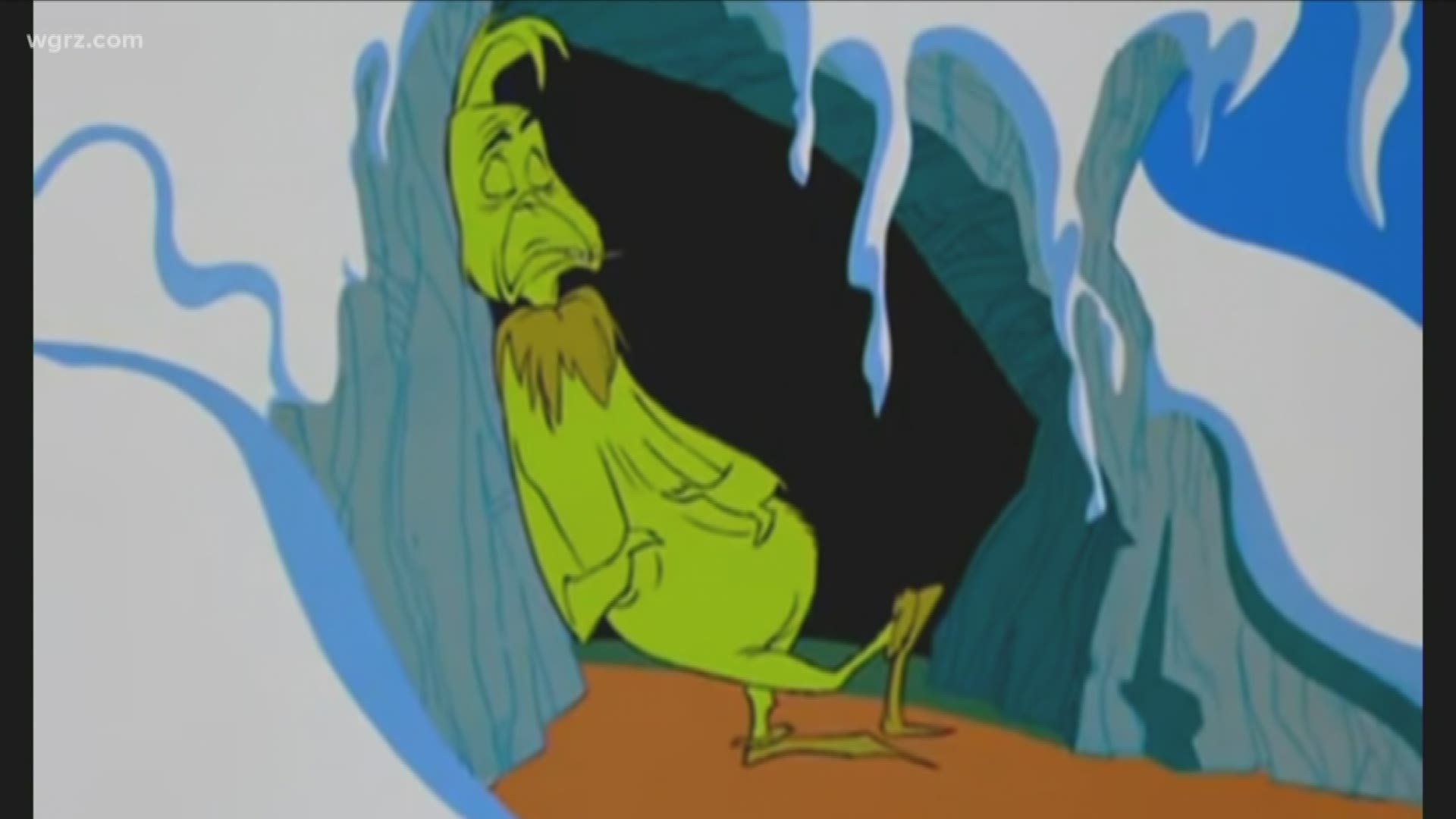 This year marks 53 years since the original broadcast of Dr. Seuss' How the Grinch Stole Christmas television film.

The Grinch recalls the iconic Dr. Seuss tale of how the Grinch, who lived alone atop Mt. Crumpit "with a heart two sizes too small" devises a scheme to steal Christmas toys, gifts and decorations from all of Whoville. Boris Karloff stars as the Grinch, as well as the tale's narrator.

The animated hit was first released in December 1966. It became a live-action film starring Jim Carrey as the titular green meanie, which was the highest-grossing film in all of 2000.

Last year, it was the focus of an all-new animated feature-length film with Benedict Cumberbatch voicing the Grinch.

Other holiday programming on NBC this season includes It's a Wonderful Life (Christmas Eve at 8 p.m.) and the 87th annual Christmas in Rockefeller Center (Wednesday, 8-10 p.m.).