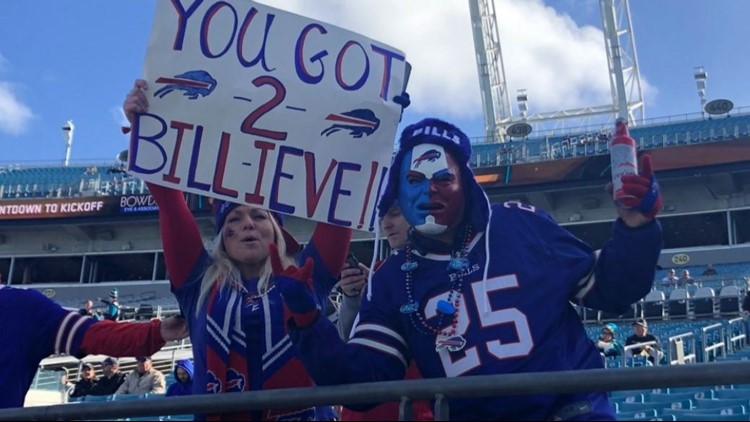 BUFFALO, N.Y. — In an Instagram poll from NBC's Sunday Night Football, the Bills were voted on as the best fan base in the AFC.

With all major sporting events on hold for the immediate future, fans of all teams need something to keep the competitive juices flowing. NBC Sunday Night Football's Instagram page came to the rescue when they unveiled a bracket of all 16 AFC teams.

The Bills first took down their AFC East rivals the New York Jets and New England Patriots in the first two rounds, respectively. In the Final Four, Buffalo's fan base took down the fans of the world champion Kansas City Chiefs. In the final round Bills Mafia defeated the fans of the Steelers to take the crown as the best fans in the AFC.

The Green Bay Packers won the best fan base in the NFC, so Bills have one more hurdle to jump to become the best fans in football.

Keep checking @snfonnbc on Instagram to see when the final round of voting will start.