A Chicago businessman could take over and bring it back to life. He has recently bought other amusement parks. 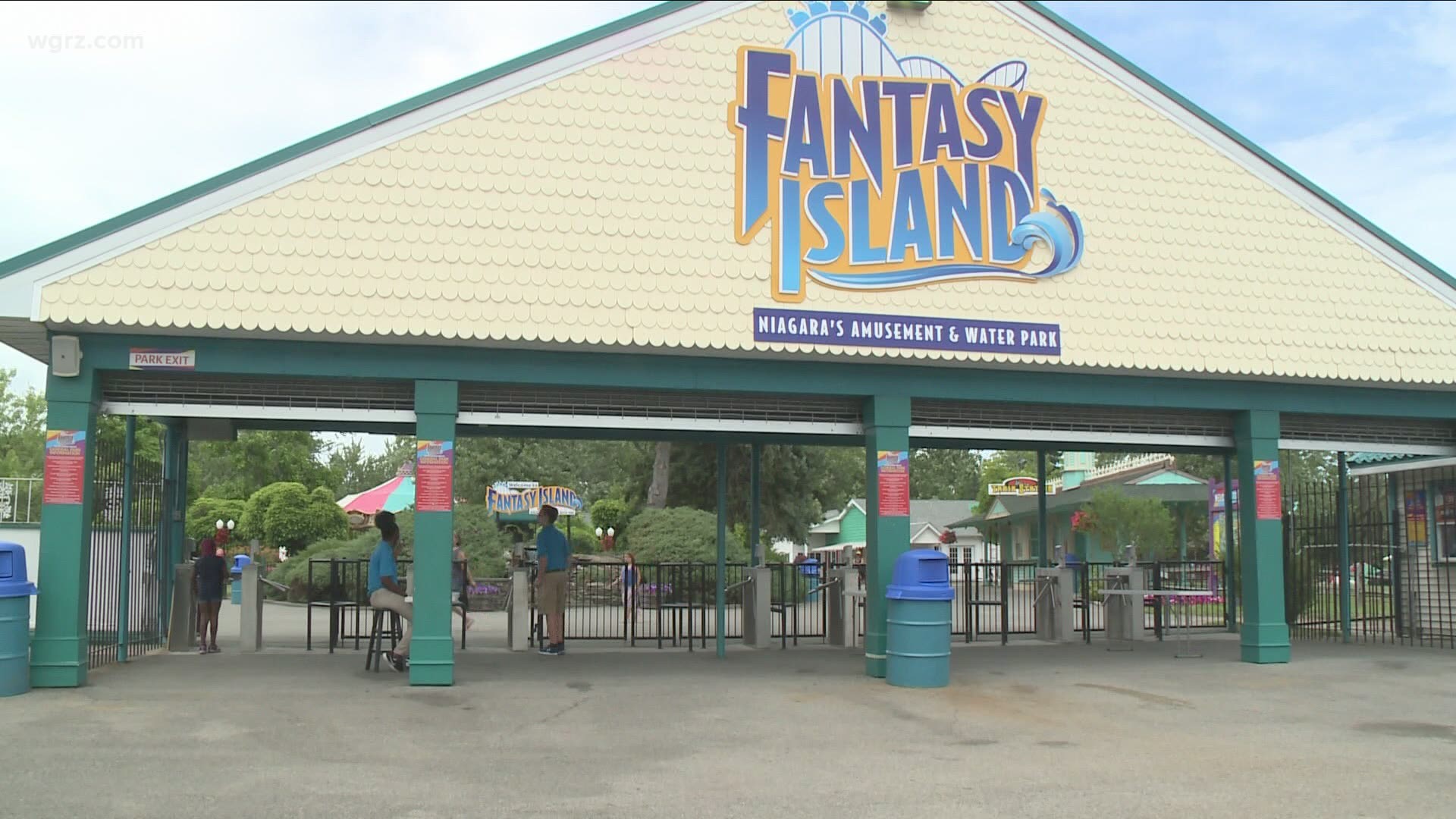 GRAND ISLAND, N.Y. — A favorite Western New York amusement park may be re-born with a possible new owner. As first reported by our partners at Buffalo Business First, a Chicago businessman could take over Fantasy Island and bring it back to life.

And he has already shown he can do it.

Last summer, Gene Staples addressed a COVID-19 impacted crowd for the grand reopening of his new property: lovingly restored Indiana Beach amusement park near Chicago. He said, "We didn't purchase this to make a fortune. We purchased this to save a park and reinvest in a park."

Staples could bring that same intent to the Fantasy Island, which sadly and suddenly was closed last year by Apex Park Management, who also sold Indiana Beach to Staples.

Grand Island Town Supervisor John Whitney says, "He's flying in. We're going to meet on Friday and I spoke with Storer Capital this morning as well; they're the property owners. And they are going to offer to make the park available for us to take a walk around inside there if Mr. Staples desires. I know he toured the facility a couple of weeks ago so he's pretty cognizant of the condition."

Whitney says he is not aware if a previous plan by another group lead by former park employee Bill Baldwin is still active. They had launched a Go Fund me effort to raise needed capital to run the park.

As for the condition of the park, it's pretty bad. Some rides were scrapped by construction equipment tearing up the property, but you'll still find intact the Silver Comet roller coaster, Ferris wheel, and the water park. However, there has been vandalism on the 80-acre site so Fantasy Island needs repairs and renovation.

Still, Staples loves amusement parks as he said this to the reopening crowd in Indiana last summer.

To save Fantasy Island, Staples seeks incentives from the state and Erie County. He got a $3 million government loan in Indiana last year and just bought in March another amusement park, called Clementon, in South Jersey near Philadelphia.

We're told no economic development assistance applications have been filed yet and there may be issues as to whether a retail establishment qualifies.

But still there is official enthusiasm. Just like riders on a roller coaster, State Assemblymember Angelo Morinello, and especially Supervisor Whitney, are pleased with potential sales tax revenue and visitor spinoff for other businesses

And naturally there is nostalgia as Whitney notes, "We're very hopeful. Fantasy Island - how many people have worked there as summer jobs. You know that's still on Grand Island. It's part of the fabric of the town of Grand Island.

"When you drive down the Thruway and you see the Ferris Wheel turning at night and you see the roller coaster ride being operated, you can sit at restaurants in the area and hear the kids laughing and screaming and having a great time. It's a real important part of our community and we definitely want to see it return."