Among the areas represented in the mural are Puerto Rico, Mexico, Poland, Germany, Ireland and Italy. 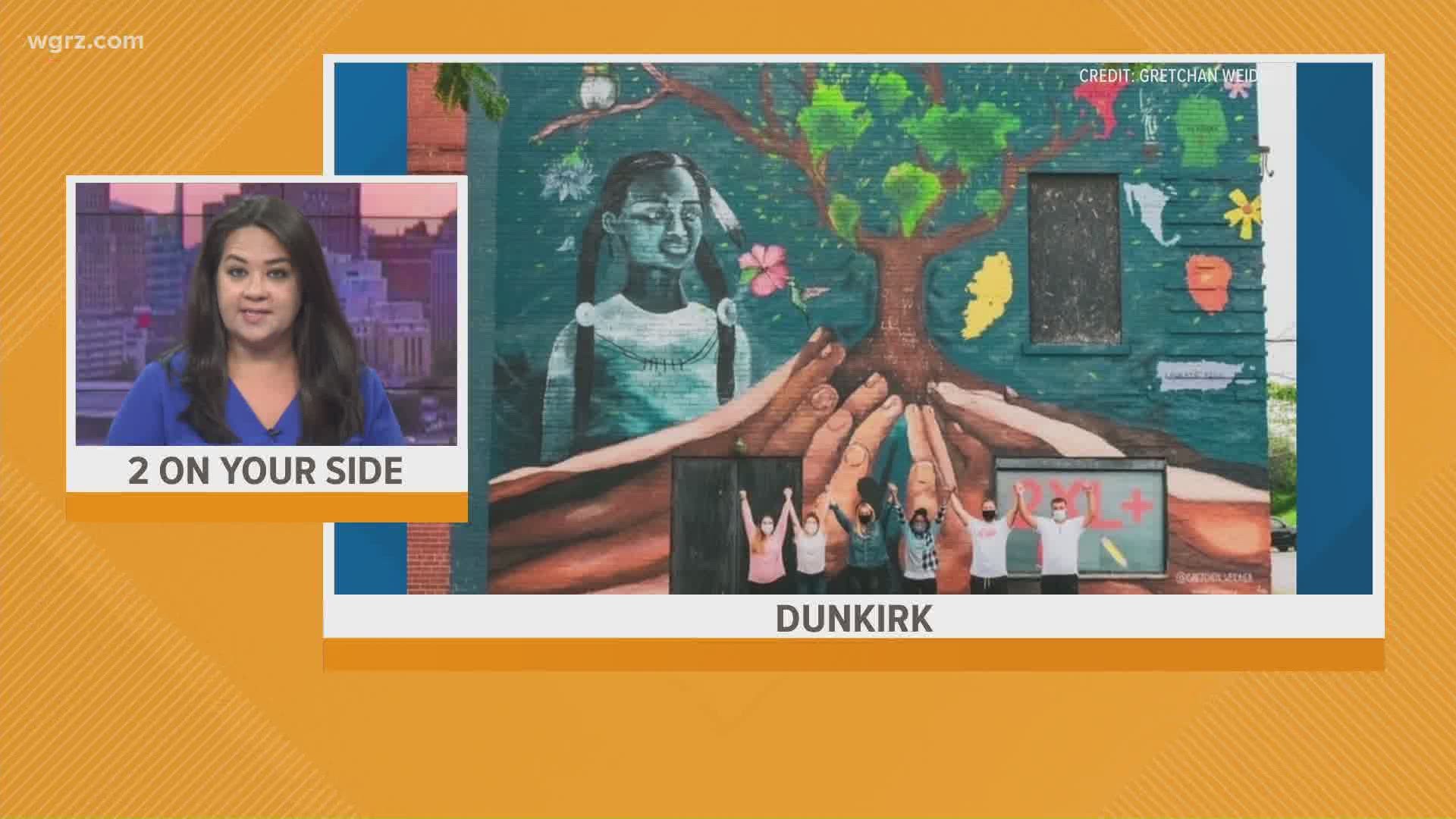 DUNKIRK, N.Y. — Artist Gretchen Weidner used to teach art classes at Dunkirk middle and high school, and on Thursday, she was back in Chautauqua County for the unveiling of her latest mural.

The mural, titled "Remember Your Roots," can be found on the Washington Street side of a building at 41 East 3rd Street that will be renovated and turned into a youth cultural center called 2XL, according to Weidner.

A group called Small Town Big Minds commissioned the mural by Weidner, who is now based in San Diego. She has another mural in Western New York, on the front of Big Tree Pediatrics in Hamburg.

Credit: Tommy Gallagher/WGRZ
This mural by Gretchen Weidner at 4470 Bayview Road in Hamburg provides a welcoming atmosphere for patients.

"It is meant to represent the roots of all the major ethnicity groups in Dunkirk," Weidner said through social media, "celebrating the mix and encouraging people to teach and learn about their roots."

Among the nations represented in the mural are Puerto Rico, Mexico, Poland, Germany, Ireland and Italy. The girl on the left in the mural emphasizes Native American Black heritage.

During Thursday's unveiling, Weidner was joined by some of her former students who volunteered during the project and gave back to the community.

1 / 15
WGRZ/Tommy Gallagher
The “California, Here We Come” mural by Gary Peters and Gary Peters, Jr. is located at 34 Harrison Street in Jamestown.