John Lewis' life to be remembered with Fillmore Avenue mural

'He's going to be looking out toward the street, giving that message of what needs to be done,' according to artist Edreys Wajed, who was enlisted to do the mural. 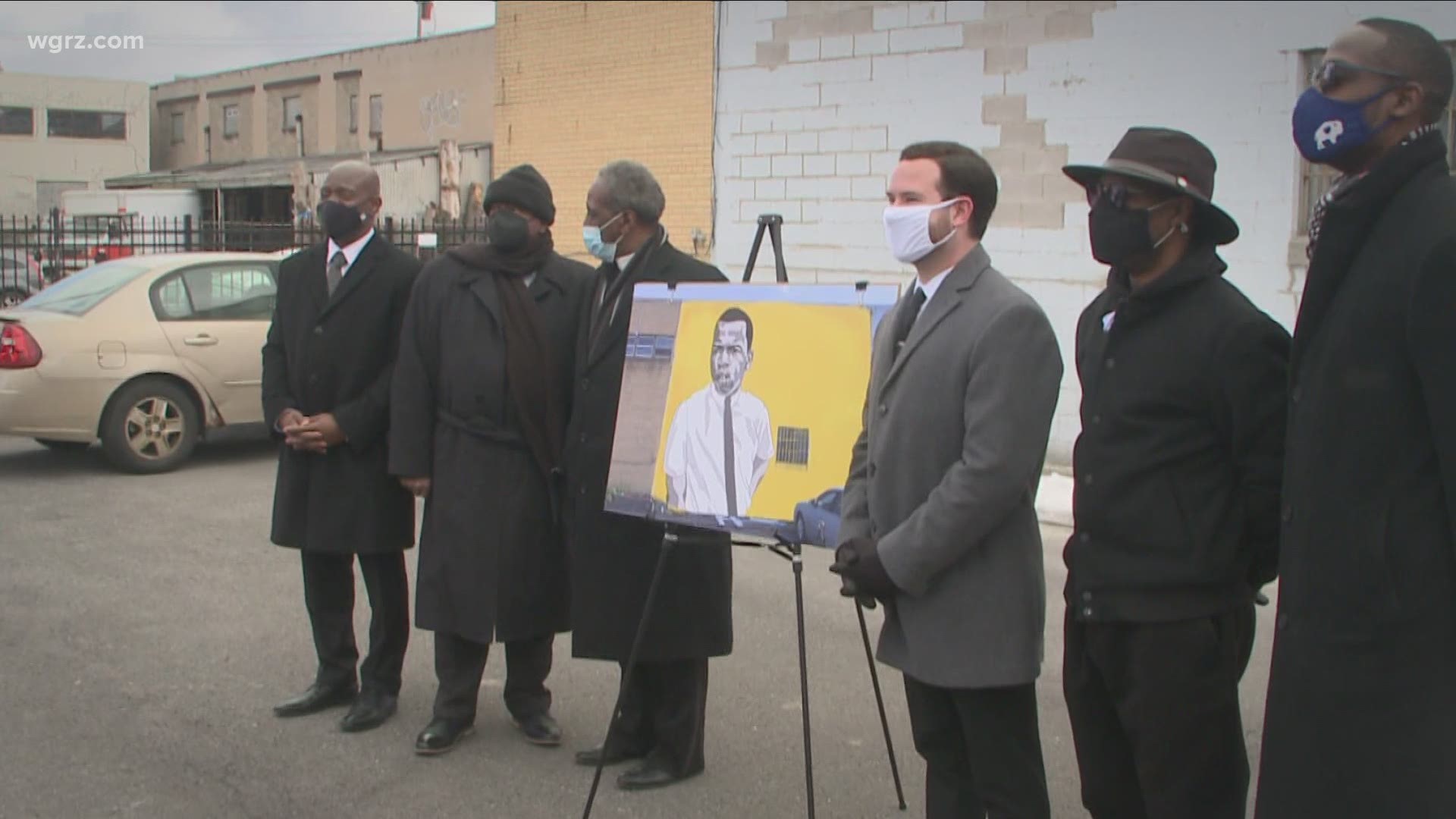 BUFFALO, N.Y. — It was 56 years ago today that Bloody Sunday happened in Alabama, and on Sunday, an announcement was made about a new mural featuring the late congressman John Lewis.

Lewis was 25 years old when he led peaceful demonstrators across the Edmund Pettus Bridge in a march for voting rights.

The new public art project will be on Fillmore Avenue here in Buffalo.

"He's going to be looking out toward the street, giving that message of what needs to be done," according to artist Edreys Wajed, who provided the vision and will complete the mural.

Added Buffalo Common Council Mitch Nowakowski, who represents the Fillmore District: "Congressman Lewis had a special connection to Buffalo. In his memoir, he discusses a trip here with his uncle in 1951 when he was 11 years old.

"He describes the wonder of being in a big city, seeing his first escalator, and visiting and experiencing Niagara Falls."

Lewis was attacked by Alabama state troopers as they crossed the bridge. That event led to the Voting Rights Act of 1965.