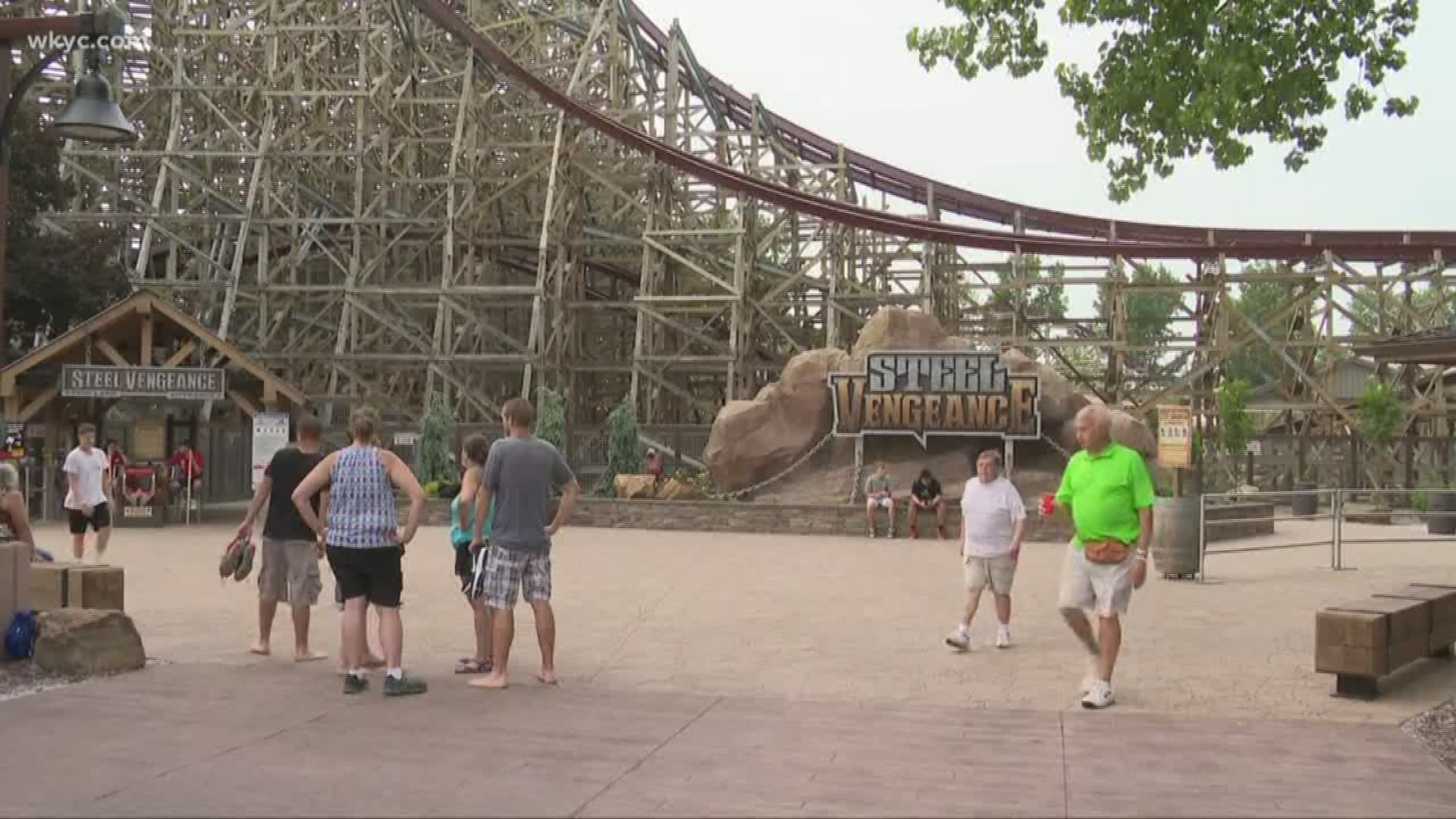 SANDUSKY, Ohio — Cedar Fair, the parent company of Cedar Point, has reportedly turned down a $4 billion offer from Six Flags.

It comes amid a Reuters report earlier this week that indicated Six Flags had approached Cedar Fair with a "merger offer."

“Six Flags had offered to acquire Cedar Fair for around $70 per share, to be paid for the most part by using Six Flags shares as currency, but also funded with a small cash component, the sources said,” according to Reuters.

We reached out to Cedar Fair for comment Thursday after the Six Flags reports surfaced, but never heard a reply.

Six Flags has a history in Ohio after purchasing Geauga Lake in Aurora and expanding the property into a newly branded theme park known as Worlds of Adventure. Cedar Fair later purchased the property from Six Flags and returned its name to Geauga Lake before closing it forever in 2007.

Cedar Fair, which is headquartered in Sandusky, owns 13 amusement parks across the country -- including Kings Island near Cincinnati. Earlier this year, Cedar Fair expanded its footprint with the purchase of two famed Schlitterbahn water parks in Texas and the Sawmill Creek Resort just outside of Cedar Point.

In 2020, Cedar Point will celebrate their 150th anniversary. Among the planned highlights are a reimagined river expedition ride in the spirit of the former Paddlewheel Excursions attraction.

Cedar Point is currently in the final days of its 2019 season with HalloWeekends running every Friday, Saturday and Sunday until Oct. 27.