Cedar Point Communications Director Tony Clark told 3News' Sara Shookman Wednesday that they continue to focus on the guest and her family at this time. 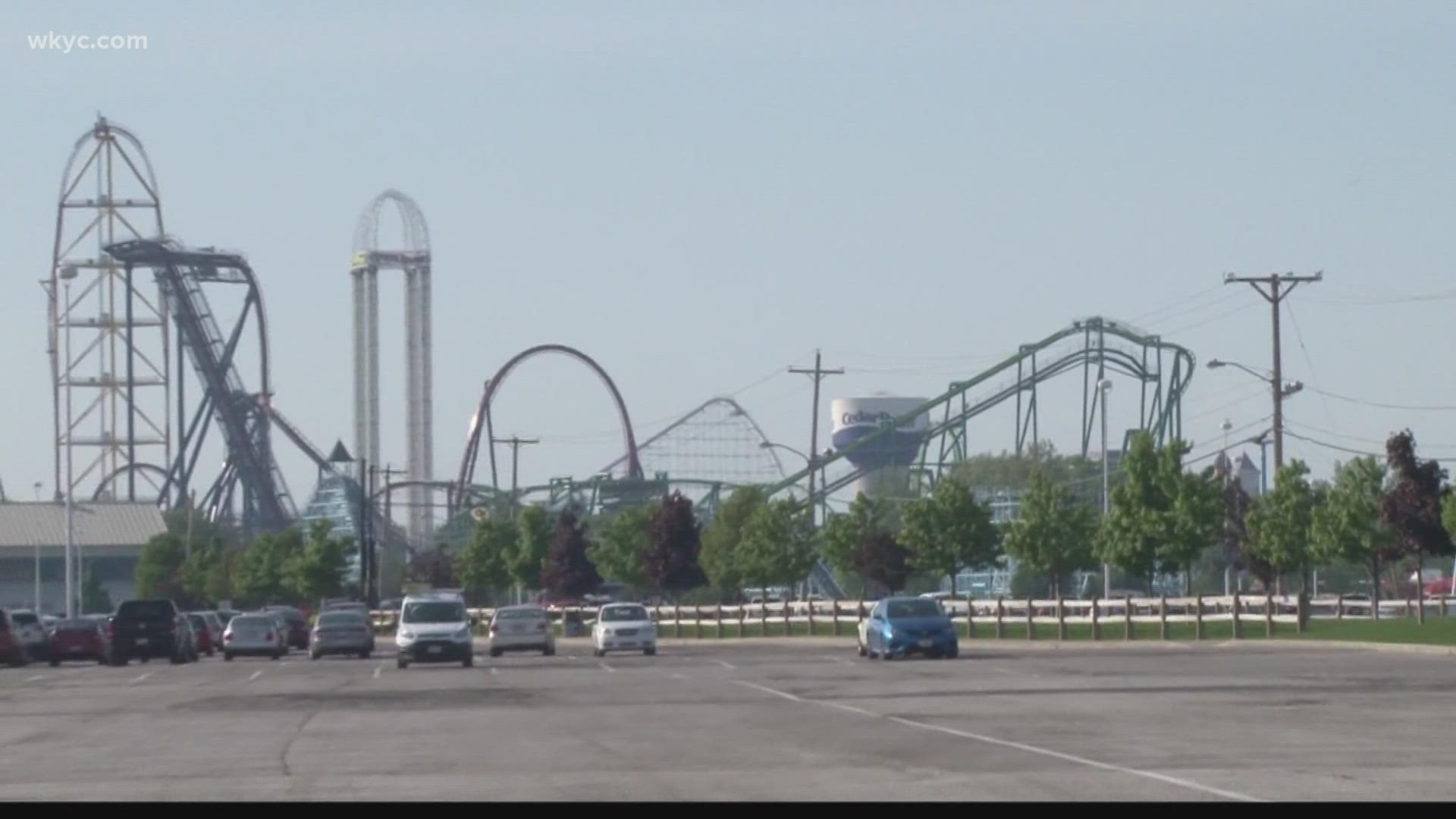 SANDUSKY, Ohio — Following a devastating incident Sunday afternoon at Cedar Point in which a "small metal object" broke off the Top Thrill Dragster and fell on a female guest, park officials are staying tight lipped.

Cedar Point Communications Director Tony Clark told 3News' Sara Shookman Wednesday that they continue to focus on the guest and her family at this time, and that the Top Thrill Dragster remains closed amid the ongoing investigation.

As for the victim of this accident, little is actually known about who she is or her condition.

RELATED: 'We tried our best, we did our best': Cedar Point guest describes scene after 'small metal object' fell on female guest near Top Thrill Dragster

Monday afternoon, the Sandusky Police Department shared body camera footage that showed the response after a woman was hit by a piece of metal from coaster as its train passed above her and others in line for the ride. Cedar Point officials have acknowledged a metal object fell from the ride, but have offered no details about how this happened.

Ohio has some of the toughest ride safety rules in the country - and state inspectors from the Department of Agriculture were out at the park Monday, and left markers along the track and cars, trying to figure out exactly what happened with the ride. The investigation into the incident could take some time, officials tell 3News.

Despite the incident being alarming enough, many are more concerned by how Cedar Point is handling the investigation. Instead of assuring the safety of its visitors – the park is all but silent. As of Wednesday evening, Cedar Point Police have yet to release its report on what exactly happened.

Cedar Point police officers are sworn in by the City of Sandusky but are technically employed by Cedar Point. This type of arrangement is not uncommon; Both the Cleveland Clinic and Kent State University employ police officers trained by local and state programs.

A Supreme Court decision in 2015 made it clear that those private police agencies are required to follow Ohio's public record laws…but so far, the response has not met that standard.

This is a developing story. Check back with 3News with updates.