'We tried our best, we did our best': Cedar Point guest describes scene after 'small metal object' fell on female guest near Top Thrill Dragster

The incident happened on Sunday at the Sandusky amusement park after a "small metal object" fell from the ride onto the guest. 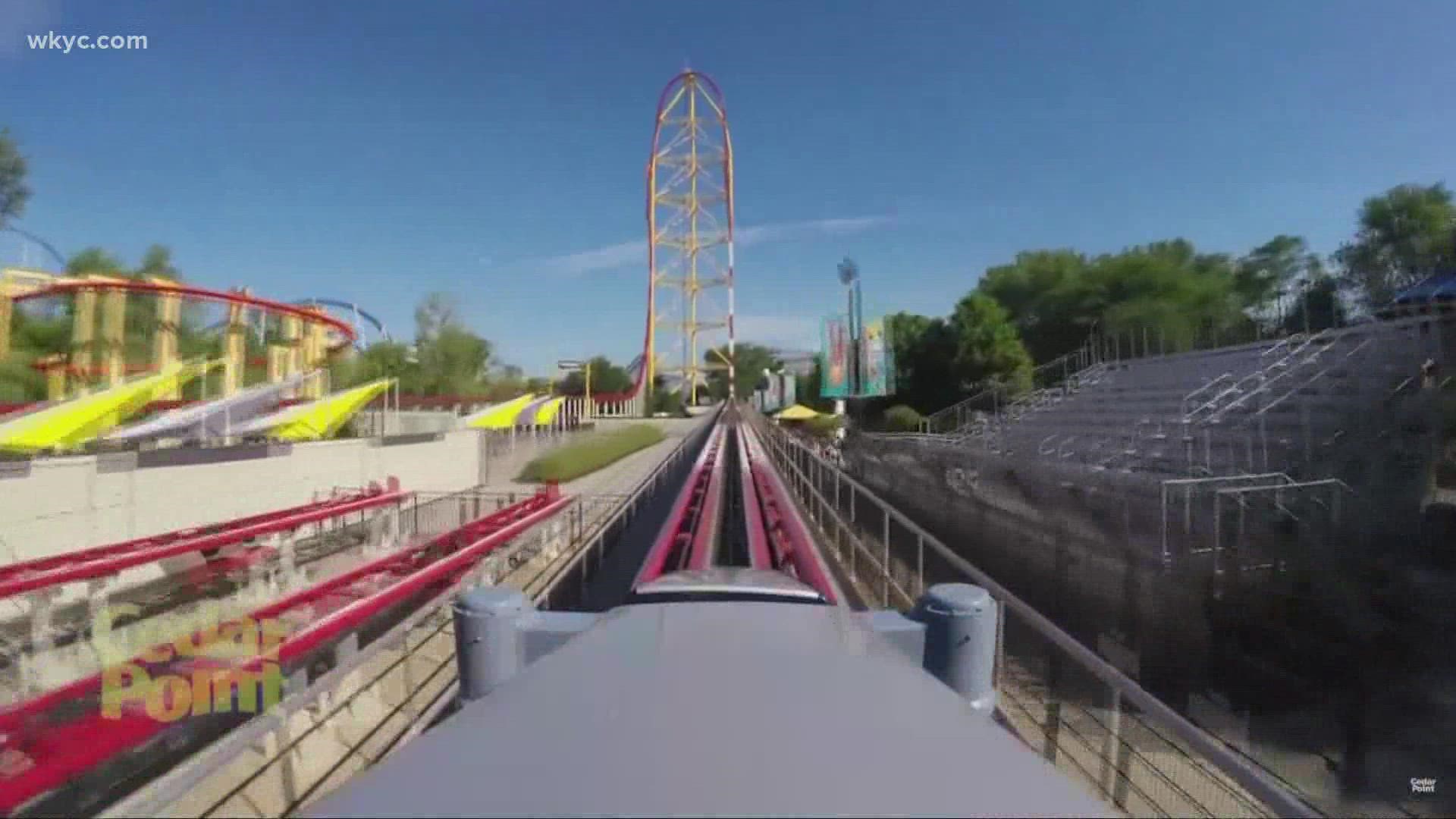 SANDUSKY, Ohio — After a horrific accident at Cedar Point Sunday afternoon, several eyewitnesses are coming forward to recount the tragic incident in which a "small metal object" fell from the Top Thrill Dragster onto a female park guest.

3News spoke with several guests who were at the Sandusky amusement park on Sunday and present when the incident took place, including David Vallo, who identified himself as a Registered Nurse.

Vallo said he, and other guests, immediately sprang into action, assisting the still unidentified "female guest" who had been hit, telling 3News that the group used limited resources to triage her injuries.

“I got on the ground with her and just did everything I could until Sandusky EMS arrived," the man told Saenz. “There was only so much we can do with people’s clothing and stuff like that to you know keep her calm and keep her safe and try and control the situation.”

Vallo also said that both Cedar Point EMS and Sandusky EMS officials arrived quickly, and even helped to get he and other guests cleaned up after the incident. Even after the injured guest had left the park, Vallo says he couldn't quite process all that had happened, and that it still is with him today.

"I had to take a second and sit down and kind of process everything that took place," the park guest said.

Vallo also says that he is hoping that the female guest pulls through and that at the end of the day, he knows that he and the others who jumped into action did everything they could to provide the best care possible.

“I know myself and everyone else just wanted to make sure she was as okay as humanly possible," he said Monday. “We tried our best, we did our best.”

3News on Monday reached out to Tony Clark, Communications Director for Cedar Point, to ask for any additional information. At this time, Clark says no additional info is available.