Bidding was fast and furious at Cedar Point memorabilia auction 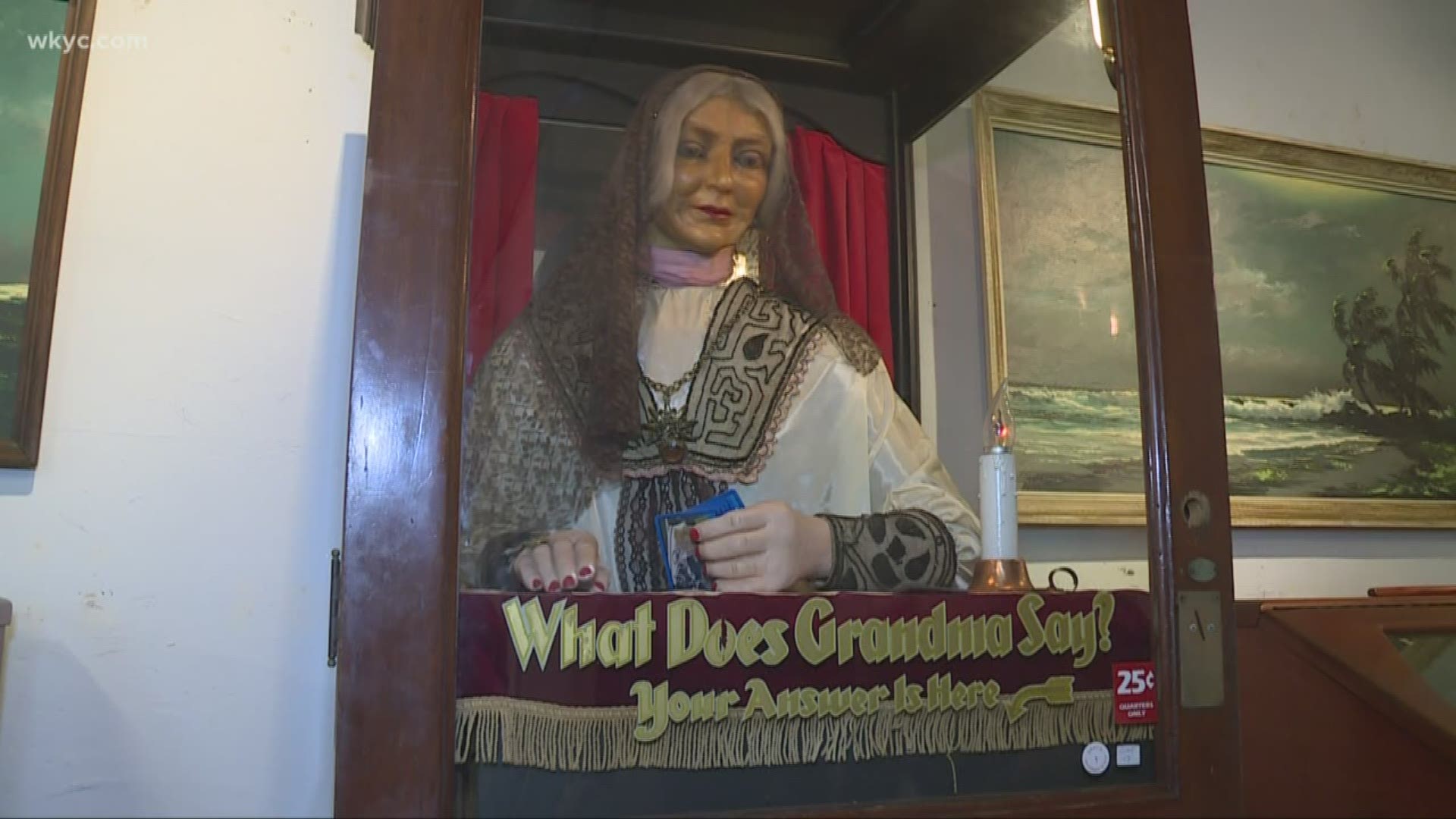 CLEVELAND, Ohio — It was a full house Monday at Gray's Auctioneers in Cleveland as collectors big and small had their chance to bid on items from Cedar Point.

The first lot, a vintage "Grandma's Advice" fortune telling machine, set a competitive tone at the auction. Bidders in house went against those on the phone and internet, pushing the numbers up. Shouts of "$11 thousand! $12 thousand! $15!" Then, it hit twenty thousand dollars and the Gray's auctioneer said, "Going once! Going twice! Twenty one thousand!" The family of the man that built the machine bid $21,000. That bid held and she went home with family.

One collector tried to get the fortune teller, but his bid fell short. "I have 8 fortune tellers in my collection but no Cleveland Grandma," said Bill Carey, who came to Cleveland from Holland, Ohio near Toledo. He did manage to get one of the two vintage 1937 World Series baseball games, which made he and his son Dustin very happy. Dustin commented, "It's awesome. It's actually our third piece that we have from Cedar Point and great to add to our collection."

The auction continued as Bill and Dustin wrapped up their Rockola baseball game. One of the items went for a song. Well, almost. It's a vintage 1904 full sized steam fire engine. It was appraised somewhere between 150 and 200 thousand dollars, but there was no bidding war for this wood and brass behemoth. It went to a phone-in buyer for $120,000. There were several working steam trains that were auctioned as well.

The bids kept flying on the items. More arcade games, both vintage and modern and boxes of hard to find parts for older midway games.

The value these items hold is one thing, but knowing the story behind the artifacts and the joy they brought to hundreds of thousands of people at Cedar Point only adds to their mystique.

Besides, who wouldn't want to own an entire pharmacy or a carousel organ from the most popular amusement park in the world?

WATCH | 3News' Carl Bachtel had an inside look at the Cedar Point memorabilia auction on Facebook Live: