'It wasn’t until a dear friend added the later portion 'even when they become men and women' that the full design and concept truly came to be,' Wajed said. 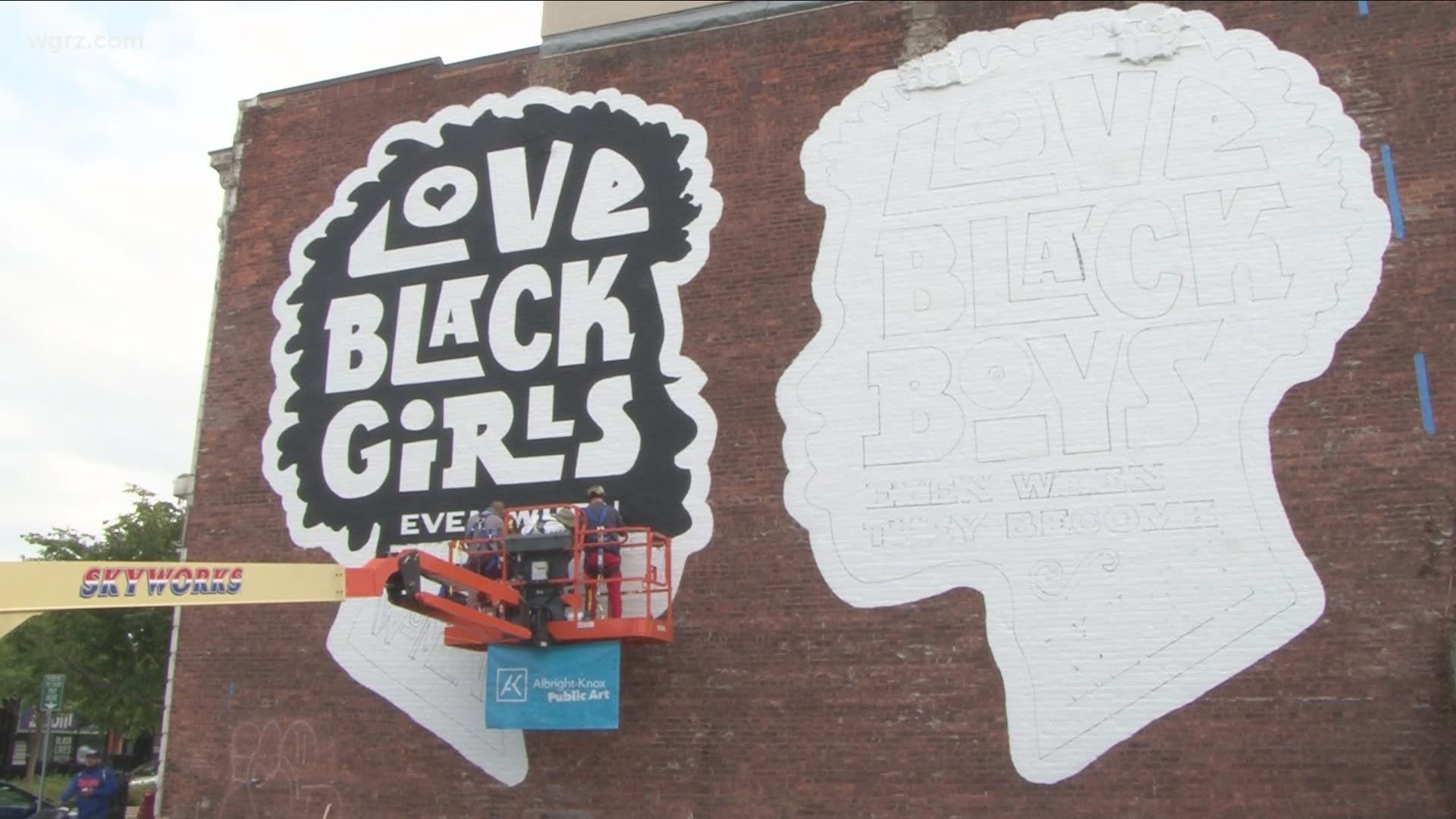 Now complete, the mural is on the north side of the Say Yes Buffalo building at 712 Main Street. James Moffitt, also known as YAMES, helped with the project.

The announcement and work on the mural comes during a year when Black Lives Matter protests have sprung up in cities nationwide following the May death of George Floyd in Minneapolis. The protests aimed to heighten awareness of deep-rooted systemic racism in American social and political institutions.

Wajed recently had an art exhibit, "Wish You Were Here," at the Buffalo Arts Studio on Main Street, showcasing his love of both music and art.

"With his frank and passionate words, Wajed exposes how our culture perpetuates stereotypes of Black children as beautiful and harmless, but at some invisible stage of their lives, and through no fault of their own, they may be deemed dangerous as adults," Albright-Knox said in a statement.

"By revealing this cultural reality, Wajed shows why the statement 'Black Lives Matter' is so profound, yet only the beginning of a long and necessary conversation."

The "Love Black Boys" and "Love Black Girls" phrase is one that Wajed has used in the past.

"It wasn’t until a dear friend added the later portion ‘even when they become men and women’ that the full design and concept truly came to be," Wajed said in a statement.