The murals are part of the Niagara Falls Murals project, and they can be found at Main Street and Depot Avenue. 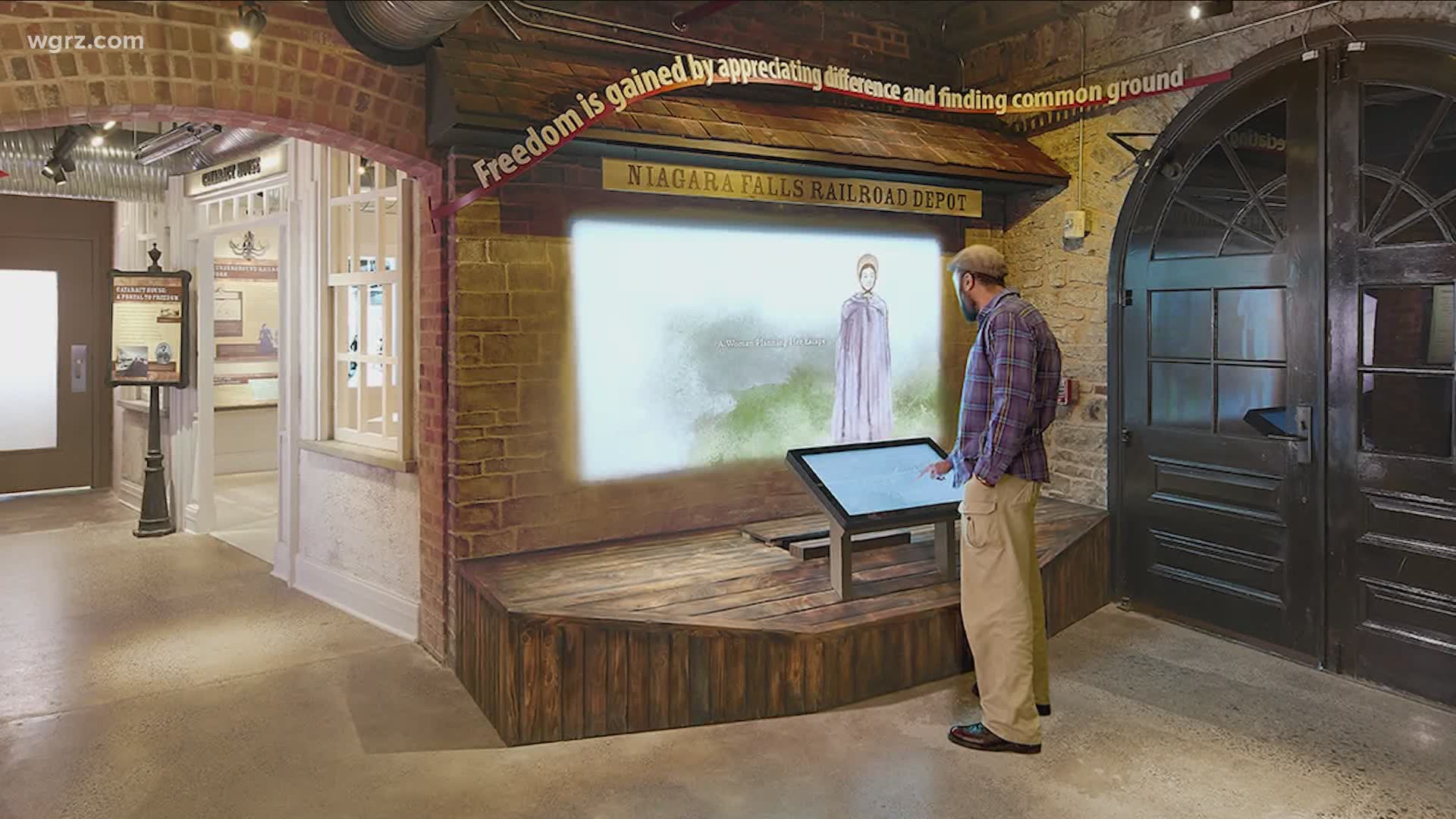 NIAGARA FALLS, N.Y. — Mural season might be coming to a close as winter nears, but some local artists recently completed murals near the Niagara Falls Underground Railroad Heritage Center before it got too cold.

The murals are part of the Niagara Falls Murals project, and they can be found at Main Street and Depot Avenue.

Niagara Falls artist LaShonda Davis focused on Uhuru Love for her mural, on the west side of Main Street. Love was born in Niagara Falls who was widely known for her artwork during the 1960s.

"Uhuru's work stood for freedom, and that's why it meant so much for me to be a part of this project," Davis said in a statement.

Credit: WGRZ/Tommy Gallagher
LaShonda Davis' mural of Uhuru Love was completed in the fall of 2020 in Niagara Falls.

Jalen Law, a University at Buffalo graduate, focused on Calvin "Pop" Porter for his mural on the east side of Main Street. Porter was a Niagara Falls boxer who turned pro in 1982.

"My design is built with the intention of shedding light on Porter's life through intentionally using vibrant colors," Law said in a statement. "When viewers see this mural, I want the colors to pull them into the portrait, to educate them on who 'Pop' was and what he means for the City of Niagara Falls."

Thomas Asklar and Matthew Conroy teamed up on their mural, called "The Niagara Movement," which centers on W.E.B. Du Bois. He led a civil rights group called the Niagara Movement, which was founded in 1905 in near Niagara Falls, before the creation of the NAACP.

"Du Bois gathered supporters on the Canadian side of Niagara Falls to form a movement dedicated to social and political change for African-Americans," Asklar said.

More murals are planned at the site, including one that is dedicated to civil rights leader and former congressman John Lewis.