The town is one of the filming locations for the horror film. Crews were casting extras on Saturday. 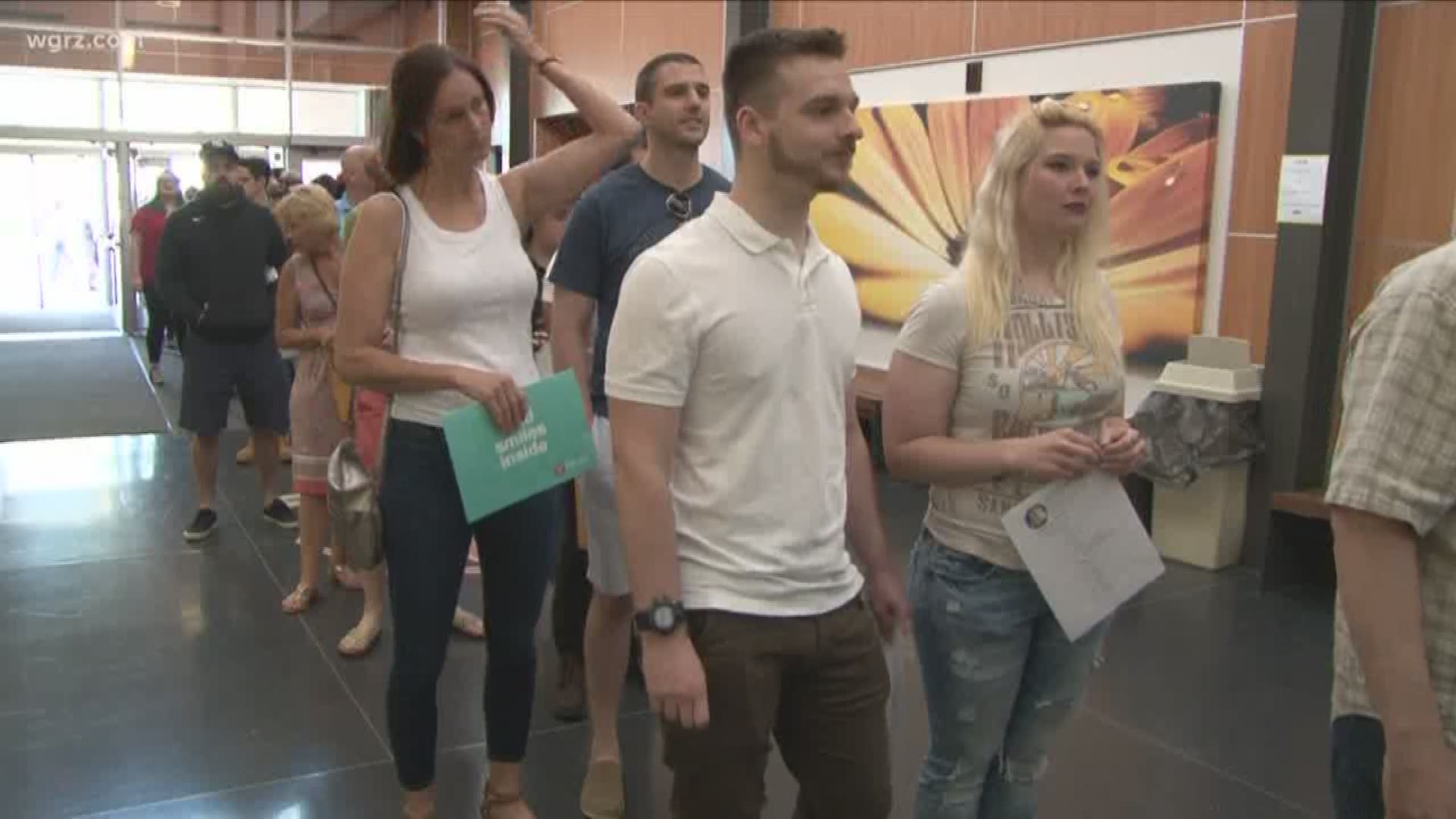 AKRON, N.Y. — People interested in a few moments of fame, or screen time, in the latest installment of "A Quiet Place" gathered Saturday in Akron.

The town is one of the filming locations for the horror film. Crews were casting extras on Saturday.

The film has created a buzz across Western New York.

"A Quiet Place 2" is set to start filming in July.

John Krasinski said earlier this year that the sequel to his hit film will be released May 15, 2020. He wrote and directed the movie, in addition to playing the lead male character.

Krasinski's wife, Emily Blunt, played his wife in the movie as well.

'A Quiet Place 2' to be filmed in Western New York

‘A Quiet Place’ sequel will come to theaters May 2020