Only 50 people are allowed in for Thursday's show. On Monday, the state is increasing capacity to 33 percent, which will allow for more moviegoers to see films. 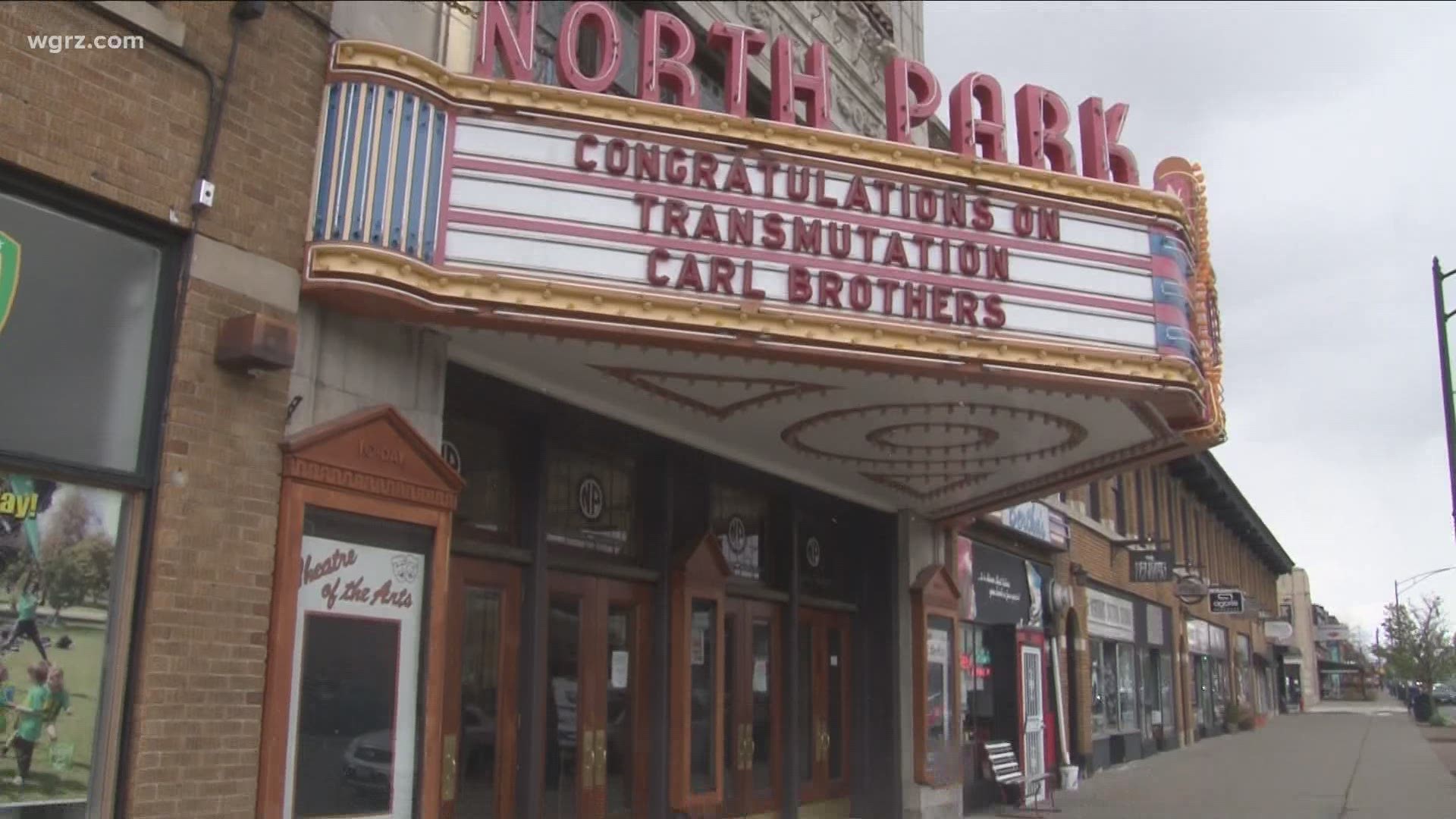 BUFFALO, N.Y. — You can come back to the North Park Theatre to start enjoying shows there once again, beginning Thursday night.

Starting at 9 p.m., doors will reopen for a second time at limited capacity.

"This is the first time that we've been able to open where it's safe enough, where the vaccination level is high enough, so we feel that it's the right time to reopen," said Ray Barker, program director at North Park Theatre.

The state allowed the North Park Theatre to open in the fall. After three weeks of business, Erie County fell into the orange zone, shutting it down again.

Later Thursday evening, the theatre will reopen with "Demonslayer," an animated movie from Japan. Only 50 people will be allowed in, but on Monday, the state is increasing capacity to 33 percent.

"We'll be able to sell more tickets as of next Monday, and that's also a factor why we're opening now. As you can imagine, with only 50 people per show, that's a limit on what we can gross per film," Barker said.

Starting Friday, the 1920, single-screen theatre will have four shows a day. Moviegoers must wear masks.

Barker says an air filtration system with UV light has been installed to help kill potential COVID germs in the air.

There's also some good news for moviegoers craving a good snack: concessions will be open.

You can get your tickets in-advance or at the box office.

The North Park Theatre will also start showing "A Quiet Place 2," which features locations around Western New York, beginning at 7 p.m. on May 27.