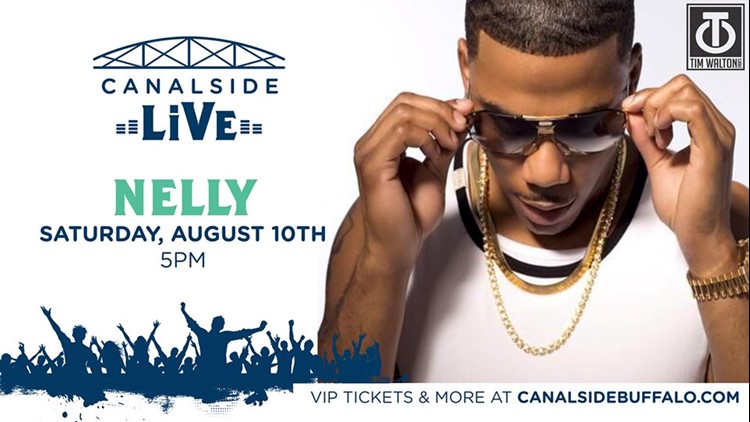 BUFFALO, N.Y. — Nelly will bring his Country Grammar to the Canalside Live stage.

The venue announced Sunday that his concert will be Saturday, August 10. VIP tickets will go on sale at 10 a.m. Monday.

Nelly burst onto the hip-hop scene in 2000 when he released "Country Grammar," playing up his St. Louis and Midwest roots.

In 2002, he scored his biggest hit with "Hot in Herre," which became Nelly's first number No. 1 song on the Billboard Hot 100. Months later, the single won the Grammy Award for Best Male Rap Solo Performance.

Rapper T.I. to perform at Canalside