A red carpet premiere will be held Thursday at Buffalo's North Park Theatre. 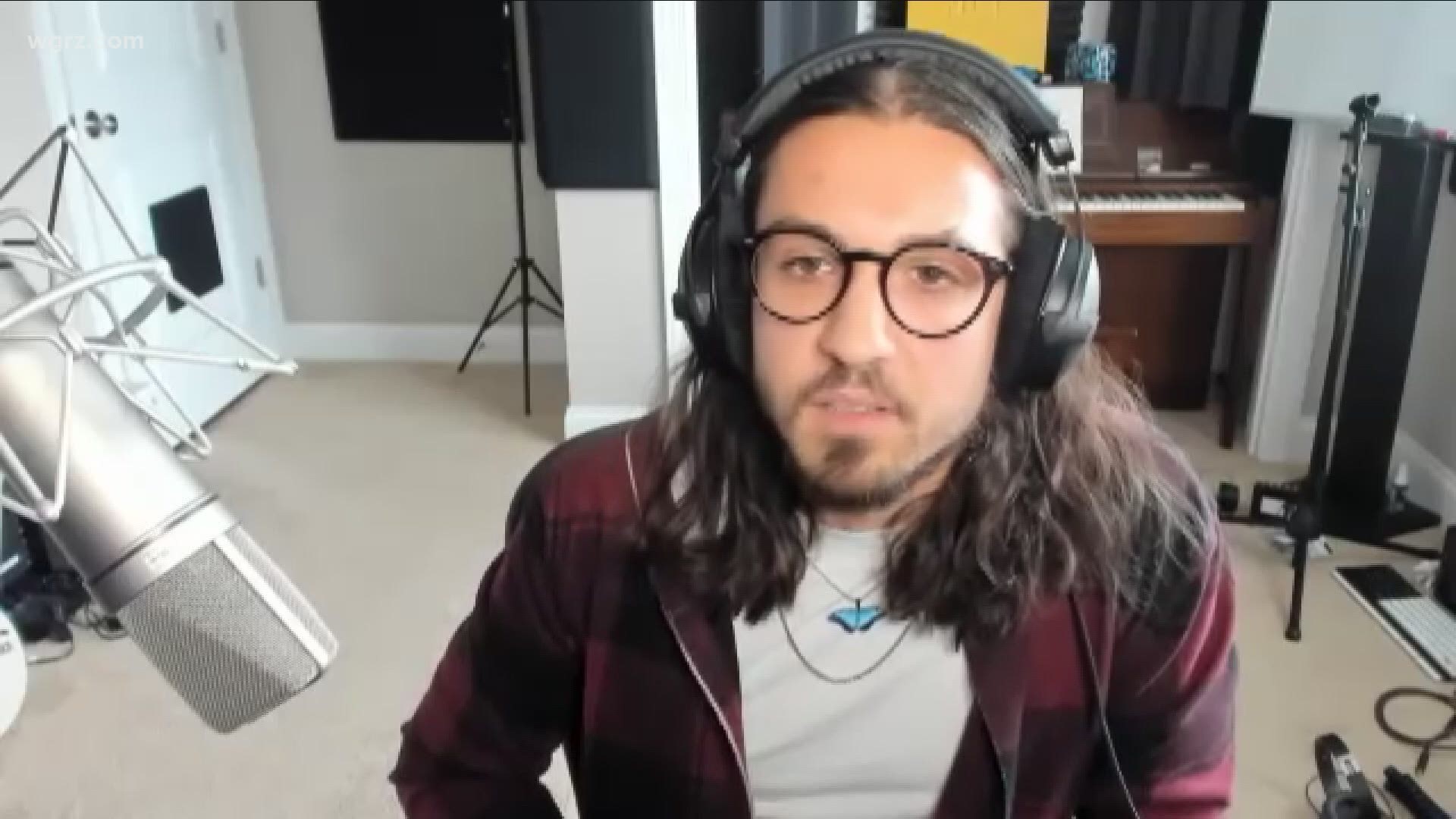 "It's called 'Pigs in the Sky.' It's the first single off my new album, and we wanted to do something big, and Mac and I have been chatting for years and years, but have never gotten to work on a project together yet," Nick Chiari said.

"Mac has really just killed it in the film world, and I have been off in L.A. doing my thing in the music world. We kind of just conceptualized this video, and it took us a while to make, and basically we're going to premier it in Buffalo with a red carpet event," Chiari said.

Mac is Mac Cappuccino. He directed the video and says the North Park is the perfect place for what will be an immersive music experience.

"It's about Buffalonians making like something that I believe is actually very like close to like a high art piece, like it's pretty, pretty slick, but would not have been made without Buffalonians," Mac Cappuccino said.

"We both found ourselves kind of back in Buffalo after the whole pandemic thing and realized that we would just love to bring our arts back to the city, and kind of combine for this super duo and really bring as much love into the city as we could," Chiari said.

Grabbitz says all of the proceeds from tickets sold to Thursday's premier will go to Music is Art and the film and arts program at Buffalo State.

"You can just kind of see a lot of things bubbling up. There's a very strong hip-hop scene going on in Buffalo. There's always been a strong rock scene here in Buffalo. And then I, you know, very personally experienced the growing dance and electronic dance music community here in Buffalo, so I really do think that there are a lot more opportunities coming," Chiari said.

Added Cappuccino: "They're not just coming here because it's the tax credit, they're coming here because the people who work here do good work. You know what I mean? Like, it's just not replaceable. Like, you come to Buffalo and you have a good experience."

Grabbitz is also doing an acoustic live performance at the premiere.