Mahfoud started playing music at a young age while living in Riverside section in Buffalo. He has worked in many bands over the years. 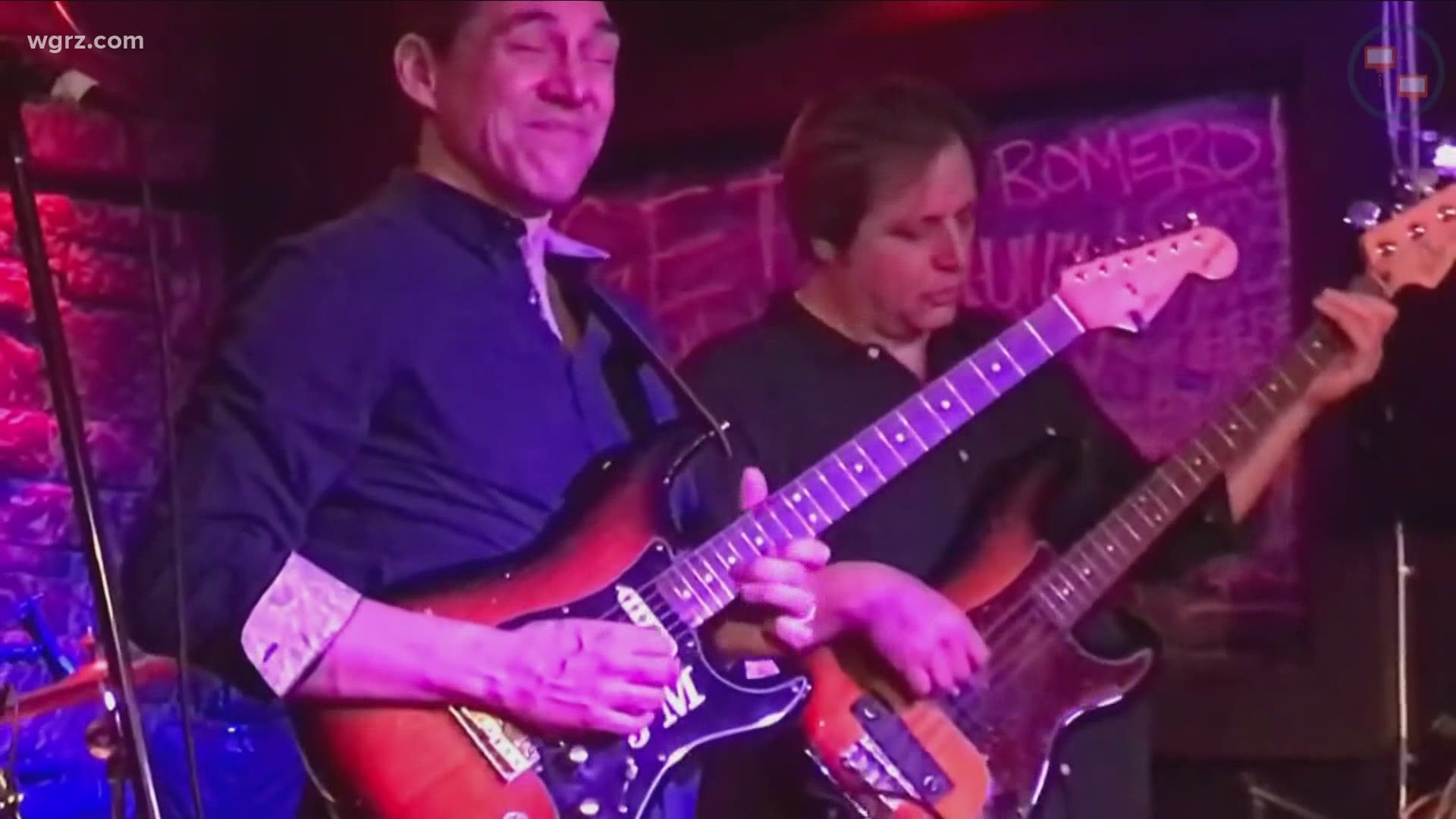 BUFFALO, N.Y. — Joseph Mahfoud may have grown up in Riverside, but his family is from 6 Nations Indian Reservation. He loves his ancestry and he loves music.

"With Native people, artistry runs very deep and in our culture and in our community, it's very highly regarded," Mahfoud said during an interview with Claudine Ewing for commUNITY on WGRZ-TV.  "Creativity is very important in the way we function. and the way we operate."

Mahfoud started playing music at a young age while living in Riverside section in Buffalo.

He has worked in many bands over the years. Some he helped start with the assistance of other musicians.

"One of the bands I worked in was an all Native band, we were called the Pappy Johns Band. We had a couple of albums, we won a lot of awards," he said with a smile.

Mahfoud is an educator who taught in Lakeshore and at Tapestry Charter School.

He takes pleasure in talking about music, especially Native music.

"It always has that certain spirit where they connect deep to what it is that they are performing," he said.

"We are an evolving culture of people just like everybody else. I took a bunch of kids from my old high school on expeditions. They spent a couple days with me on the reservation, and they were surprised to see everybody driving cars and having cell phones, which astounded me because I never really saw that they thought I went home on a horse or anything like that."

"Blues is a really big style of music on the reservations, and now a lot of the kids are really getting into hip-hop. As a musician and a guy who spent 20 years as a school teacher, when I listen to the modern hip-hop artists and I look back as blues being my real primary genre, when I listen to what a blues artist was doing, they were using the instrumentation of the day, and they were talking about the times," Mahfoud said.

"So the kids feel that and they are drawn to it so now when I go up and play a lot of times they want me to have a rap artist on the bill with me being the straight up blues band type of thing."