The BPO announced Saturday night that the five-year contract will keep her in Western New York through the 2025-2026 season. 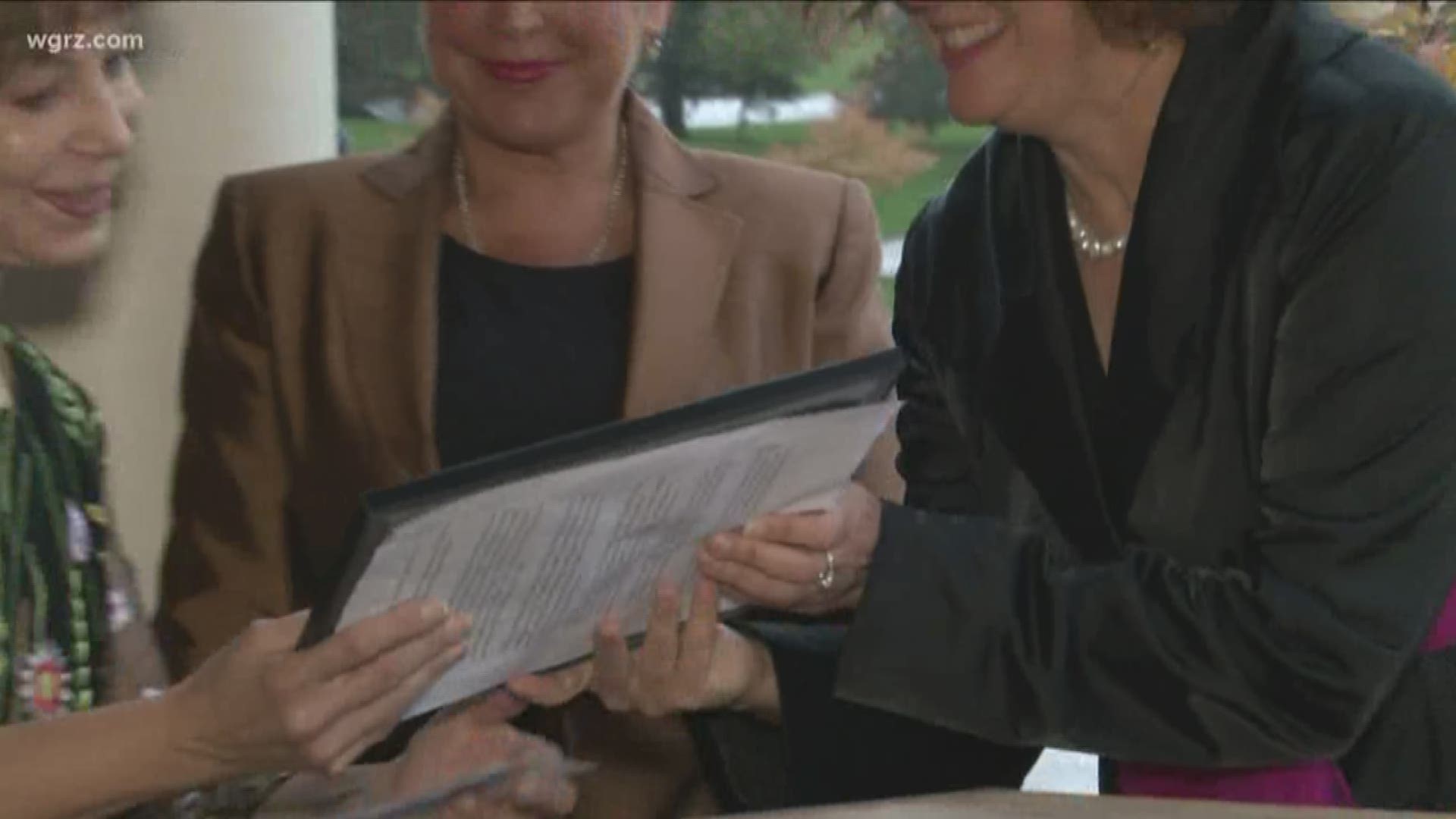 The BPO announced Saturday night that Falletta signed a five-year contract extension that will keep her in Western New York through the 2025-2026 season.

"This is a great day for the BPO and our community," John Yurtchuk, the Chair of the Board of Trustees of the Buffalo Philharmonic Orchestra Society, Inc., said in a statement.

"The orchestra’s trajectory has been on an upward swing thanks to JoAnn, and we are very happy to make this announcement as we celebrate her 20-year tenure this weekend."

Falletta has been the BPO's music director since 1999.

On Wednesday night, Falletta was honored by the Buffalo Olmsted Parks Conservancy honored at Hoyt Lake in Delaware Park.

Earlier this year, Falletta took home another Grammy, the third of her career.

2 On Your Side's Scott Levin recently sat down with her as part of our new Get 2 Know series, which can be found on Channel 2's YouTube page.