Music fans work to get refunds for postponed concerts

Many concerts got canceled last year, but many others were simply "postponed" by the pandemic; and that can impact whether or not you get a refund. 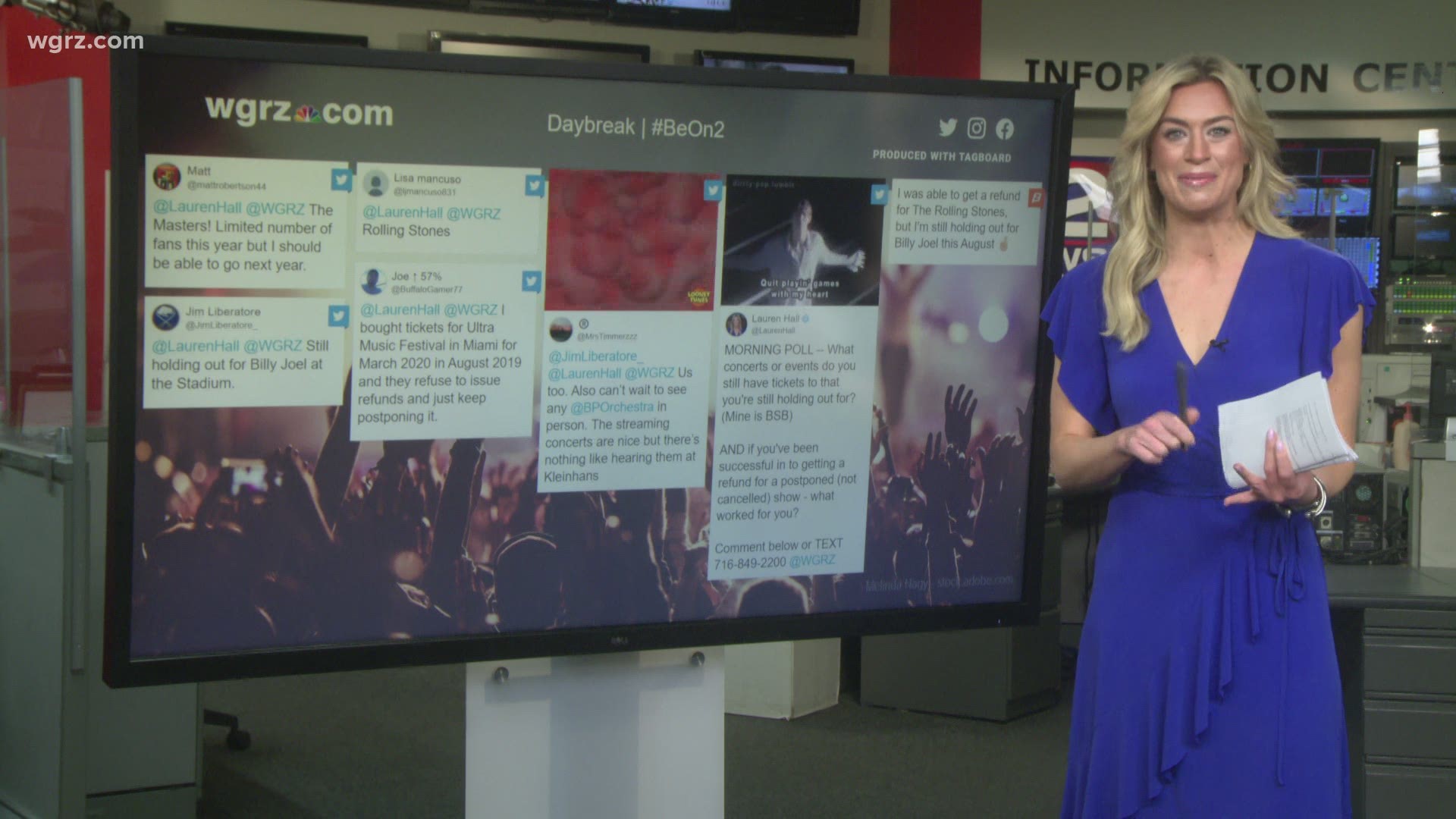 BUFFALO, N.Y. — The Rolling Stones were scheduled to perform at the Bills Stadium last June, but the entire "No Filter" tour didn't happen due to the pandemic.

It was postponed, not canceled.

Tate Helms was among those with tickets, and wasn't sure if he'd ever get to see the show. "It was a bucket list concert for us, I had actually purchased 8 tickets, it's an expensive ticket and I was going to take the extended family, we were all going to go," Helms told 2 on Your Side.

He spent more than $1,500 and months and months later wanted a refund.

He tried arguing the terms of service on the ticket weren't valid. He just wanted his money back. "I requested a refund on their website on March 26th, and I was stonewalled to say the least."

The policy is spelled out clearly on the Vivid website, under terms of use, it says all sales are final and "if an event is postponed or rescheduled the order will not qualify for a refund." The terms and conditions portion of a contract is important.

If there are landmines anywhere for you, in any contract, that's where they are likely to be.

Tom Bartholomy with the Better Business Bureau said "there is no time limit on how long they can postpone, not that I have ever seen when I read terms and conditions that we have looked at."

Vivid responded with a statement saying the following -- "we have refunded thousands of orders totaling tens of millions of dollars since the global pandemic shut down all live events in America".

Tate Helms was able to get his $1,577 back, while many others remain in limbo.

Vivid says it looks at refunds on a case by case basis.

The best advice -- send strongly-worded emails, be loud about it, and demand that refund.