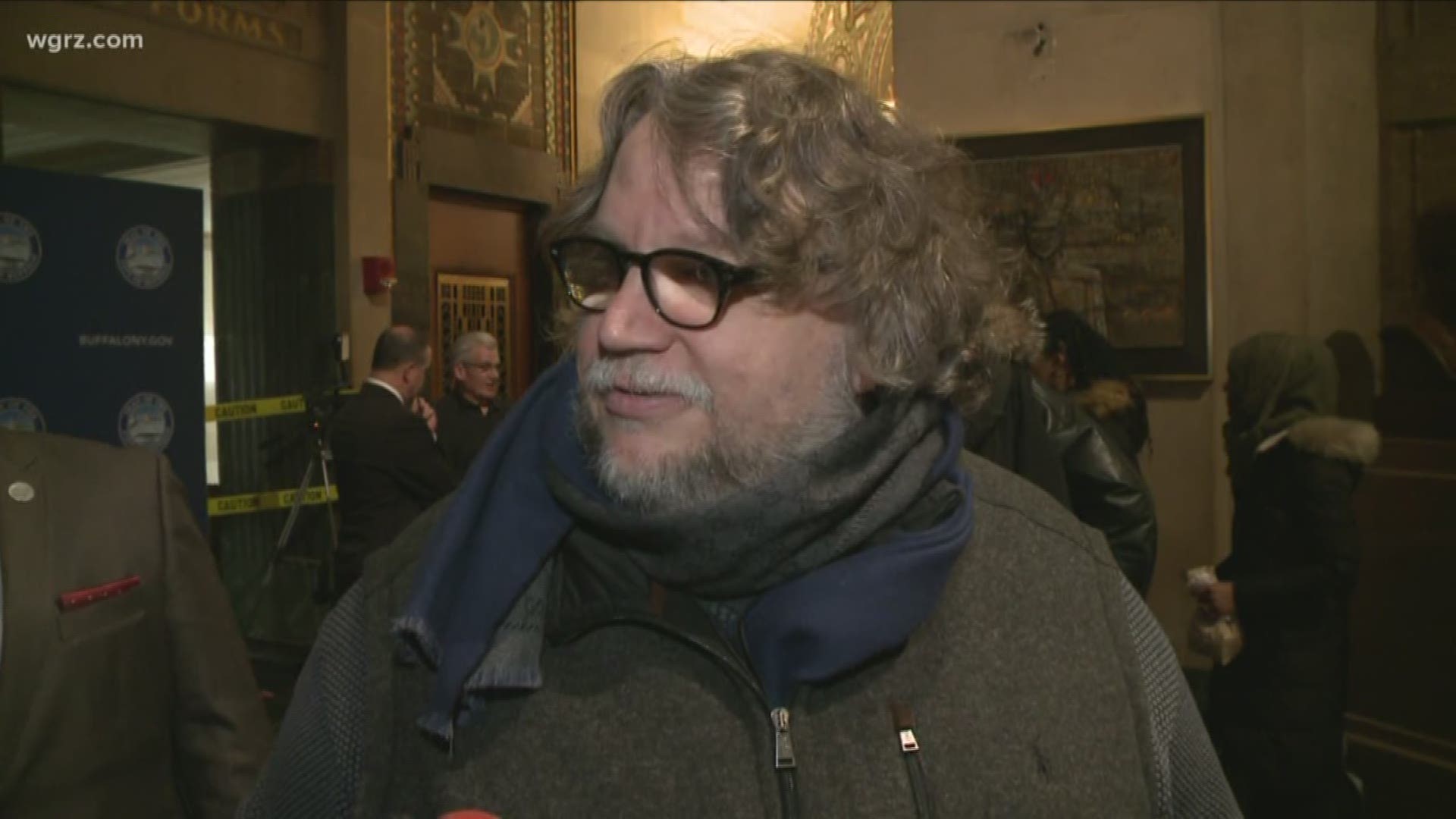 BUFFALO, N.Y. — "This building is 1932, it's perfect for the movie and it is also still 1932," said director Guillermo del Toro about filming Nightmare Alley in Buffalo.

Production trucks and crews can be seen outside and inside of City Hall.

They have placed a white tarp in Niagara Square to create a winter scene. The pedestrian signal has also been removed because it is too modern for the street scene.

Bradley Cooper arrived in town on Tuesday according to the director. "We start shooting in about a half-hour, they must be somewhere," del Toro said around 2:00 p.m.

The director praised the City of Buffalo's "incredible hospitality" and the youth renovating the city's culture with small cinema book clubs, bookstores independent movement in music comics and film. Don't be surprised if you see Guillermo del Toro around town.

The director says the movie is about, "telling the truth or telling lies. A man who pretends to speak with the dead and the choices he makes coming from a carnival and rising through society using his 'gift'."

City Hall will still be open during filming. The front entrance will be closed from 11 a.m. -11 p.m. on Thursday, February 27. Visitors can enter using the South Elmwood entrance.

There will be also street closures around Niagara Square.