'A Quiet Place 2' to shoot scenes in North Tonawanda

City lawmakers say they will be voting Tuesday to let crews shoot at the Stenzil Street Field baseball park in September. 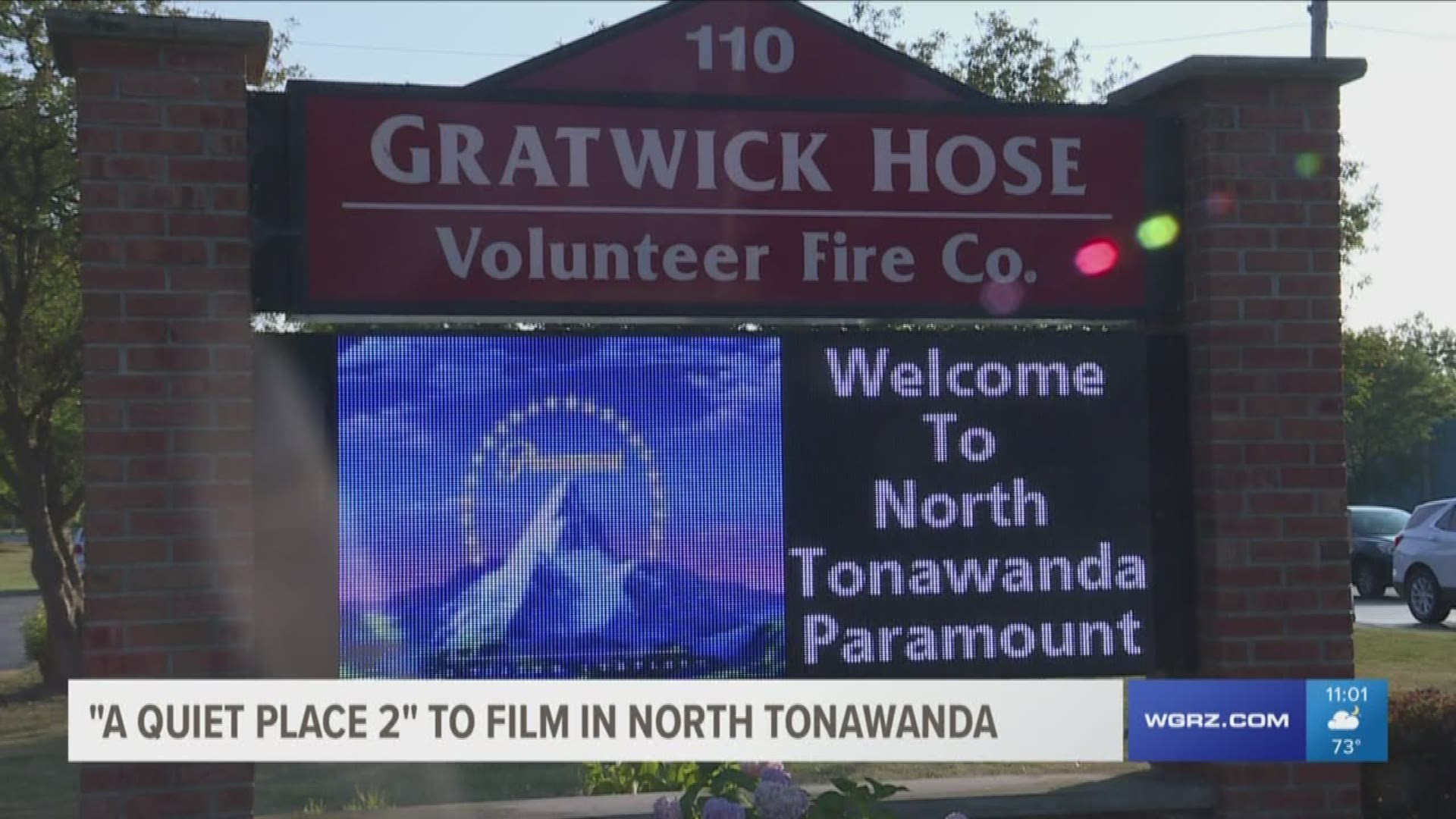 NORTH TONAWANDA, N.Y. — It looks like the film crews that have been shooting scenes for "A Quiet Place 2" in Akron and Olcott over the last few weeks are going to be headed to North Tonawanda next.

The first "A Quiet Place" film took place in a post-apocalyptic future world, but based on the sets installed throughout the village of Akron, the next film looks like it will feature at least some scenes that take place in the past. The excitement drew a lot of visitors over the weekend who wanted to see it all before filming started.

"In early May, I received a phone call, and I looked at the caller ID, and it said New York City, and the gentleman said he was from Paramount Pictures, and I was like, yeah right," explained Robert Brennan, President of the Gratwick Hose Fire Company.

But, the call was legit, and after filming in Akron and Olcott this summer "A Quiet Place 2" - the film directed by and starring John Krasinski - is coming to North Tonawanda.

The common council is expected to approve a contract with Paramount Tuesday night, but Robert Brennan's known about the plans for a while.

"They will be using Gratwick Hose here as their base of operations when they are filming here in North Tonawanda. They'll be using it for makeup and cast and crew and feeding people here in our banquet hall. Our expansive parking lots will be used for all of their equipment, their tractor trailers and trucks," says Brennan.

The star of the North Tonawanda shoot will be Stenzil Field and the streets around it. Paramount will pay the city $5,000 to rent the field from September 3 to September 13. Another agreement that still has to be negotiated will cover other expenses including police, fire and public works.

The contract has a confidentiality clause in it saying the city can't tell anybody about the script, plot, props, or the activities or the cast and crew.

"They're paying people not to cut their lawns and to put their cars away. The public's been very cooperative and very excited about the whole thing," added Brennan. "It's a great thing for our city, and we're thrilled to have them coming."