Review | 'It Chapter Two' is a satisfying sequel

While it's not as good as the memorably heartfelt first film, Chapter Two delivers more fright and a great Bill Hader performance.

ST. LOUIS — Sometimes, the past just won't die. It clings to you like a dirty sheet. The horrors of your youth can fester like a scab that just won't heal properly. For a group of friends from Derry, Maine, the past includes a maniacal killer clown who prays on fear and young children.

If there's one thing Stephen King does well, it's blending the wickedly scary with the unexpected heartfelt emotions that comes from sharing a experience. Think about Shawshank Redemption with Andy and Red. The Green Mile with Paul Edgecomb and John "Just like coffee but not spelled the same" Coffey.

With It, the first part of King's book and brought to the silver screen by Andy Muschietti, King brought elements of his scariest stories together with his treasured Stand By Me. A group of friends battling an evil that seemingly won't die, something that connected them to their past and present. At the end of the 2017 film, they had defeated Pennywise (Bill Skarsgard, breaking your heart and terrifying you at the same time). 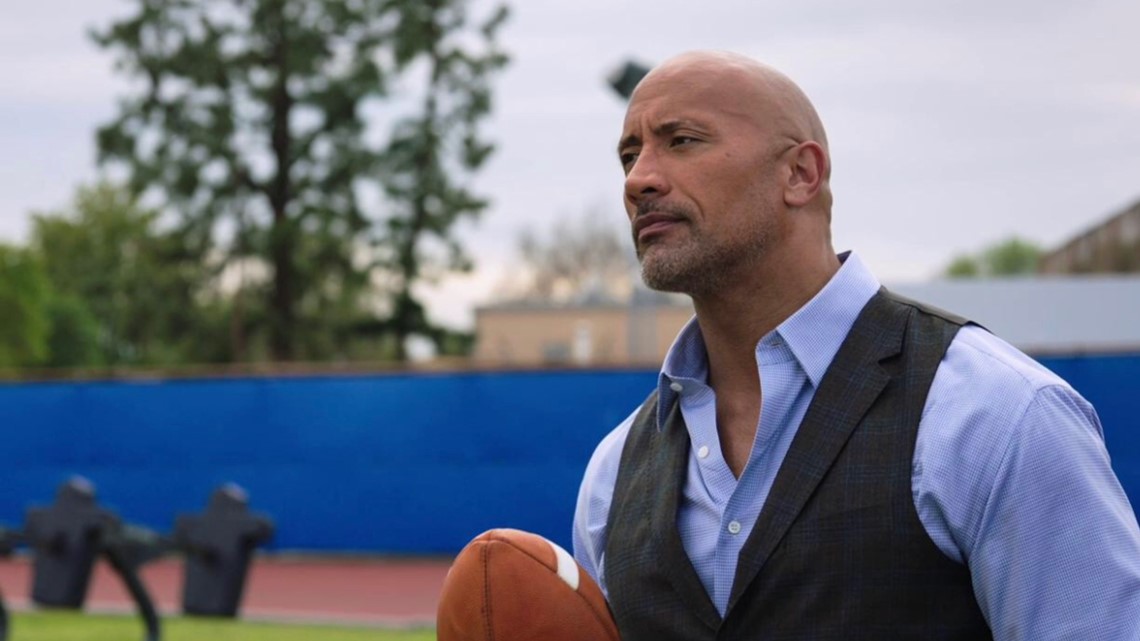 Here's what to watch, where to find it
ST. LOUIS - Good afternoon, folks. With the summer humidity making its final rounds of torture, it's always a good idea to know that you can stay home and enjoy some fine entertainment on your couch. Let me help you with that here.

RELATED: Review | Why 'The Peanut Butter Falcon' is a tremendous journey into the human spirit

In this month's It Chapter Two, Pennywise returns to Derry 27 years later, and the friends, all grown up and estranged from each other, must come together again to defeat him once and for all. Bill (James McAvoy), Beverly (Jessica Chastain), Ben (Jay Ryan), Richie (Bill Hader), Mike (Isaiah Mustafa), Eddie (James Ransone), Stanley (Andy Bean):

That's all I'll say about the plot, because the tricks up the sleeve of Muschietti and Gary Dauberman, who wrote the first film and handles sole adapting credits here, should be savored by a live audience and not read at some red light or Starbucks. With a film like this, it's best to go knowing little, simply ready to be scared out of your seat.

The cast is uniformly solid, with Hader standing out in a big way here. Hader's patented neurotic presence on screen taps superbly into Richie angst, and the actor also brings much-needed laughs to the often heavy-handed proceedings. Along with HBO's Barry, Hader is riding a true hot streak, and he carries the torch in Chapter Two.

Chastain and McAvoy rarely give a bad performance, and inhabit the tortured souls of Bill and Beverly in expected yet effective ways. Neither give a performance that will be looked back upon in December, but they are solid and convincing here.

The real surprise is Mustafa, who audiences know mostly for the hilarious Old Spice commercials. The guy who told your husbands to act more like men is minus the goatee here and wears a shirt, but really digs into the inner demons of Mike, who stayed in Derry while everyone else moved away.

Ryan brings to mind a nervy younger version of Ethan Hawke, embodying Ben with an innocent bravery that lends the film's second half some excitement. Ransone is one of those trusted faces of film who carves a real niche here as Eddie, who takes Richie's neurotic tendencies and doubles them.

I found It Chapter Two to be scarier than the first film, which spent a lot of time on character development instead of relentless scares. Here, as the group battles Pennywise and their demons, the film sets the stage for some truly terrifying situations, including a spider with a human head, an extremely tall naked elderly lady, and a very well-played sequence under some school bleachers. If you had a nightmare about it, this movie has it. You may never look at Paul Bunyan the same ever again.

The latter scene showcases the limitless ability of Skarsgard, who doesn't get the screen time that he seemed to get in the first go-around, but makes the most when the screen does belong to him alone. Seeing his Pennywise seduce a poor little girl under those bleachers is a slow crawl into terror that could only be pulled off due to the facial expressions and voice manipulation of Skarsgard. Talk about a career-making role. Wow.

The young cast finds its way back into this sequel as well, with the standouts being Jaeden Martell and Sophia Lillis.

Pacing surprisingly wasn't an issue. Going into the film, I was worried about the three-hour run time. Upon leaving the theater, I didn't find it to be much of a deterrent. Sure, you could have trimmed 10-15 minutes from the first half, which doubles back to character development that the first film already established, but the nearly 169 minutes moved fairly well.

Here's the thing. I left the film entertained, moved just a bit, but most importantly, satisfied. The first film was brilliant and sneaked up on me. Having known of the original film with Tim Curry and the story behind it, I didn't expect to be moved emotionally as much as I was. Chapter Two retained that nostalgic feeling, but not to a high degree.

The end of the film ties a nice bow on the story without just stopping abruptly. You don't get ten different climaxes, just one good resounding finale that brings the story of these loyal friends full circle in a way that doesn't feel forced. The riveting second half rescues a first half that seemingly jumps around all over the place.

While not as sharp or as moving as the first film, It Chapter Two is a satisfying finale to King's much-celebrated novel. Thanks to a very game cast and a pace that doesn't allow the shaken-up story to settle down for too long, it doesn't bore you or twist the mind.

It's impossible to run away from your past, because before long, it will be standing right in front of you like an immovable mirror. Sometimes, you just need a few friends to remind you of the light at the end of the tunnel, which should be located in the future.

If It Chapter Two does one thing well, it blends a higher dosage of horror with the heartfelt beats that ground a good story.

RELATED: Review | Why Amazon's 'The Boys' is a must-watch television show