The Eden Corn Festival and Niagara County Fair are open and welcoming visitors after a long hiatus due to the COVID-19 pandemic. 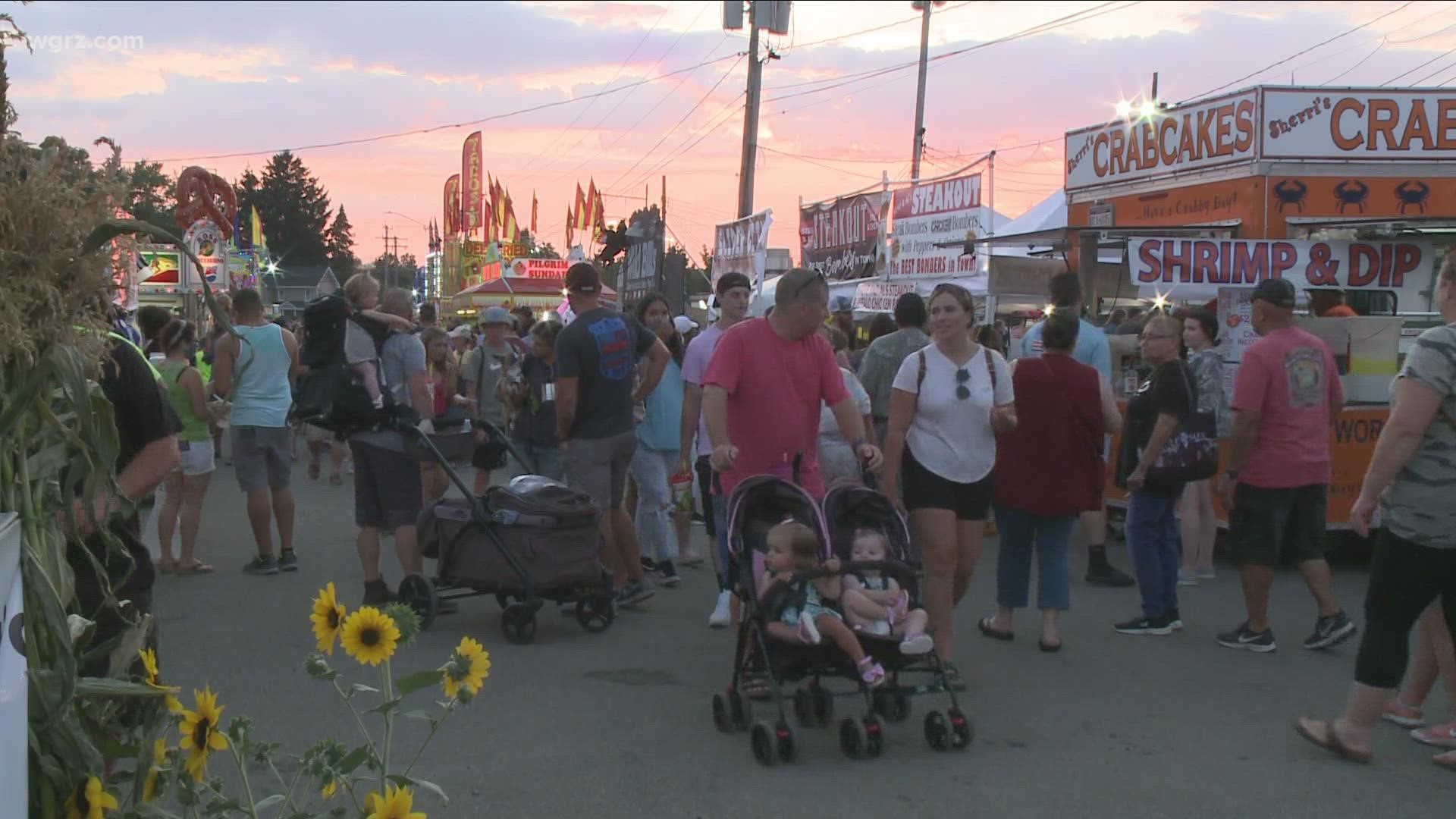 EDEN, N.Y. — After a long hiatus, some of the biggest and most popular festivals are back in action across Western New York.

The historic Eden Corn Festival and Niagara County Fair are open and welcoming crowds after having to press pause due to the COVID pandemic.

Jeff Winter is president of the Eden Corn Festival. He says Thursday's opening day was one for the books.

"We've been preparing for this for a long time," Winter says. "This is by far the largest Thursday evening crowd I have ever seen."

The corn fest has been around since the 1960s. However, this year several big events had to be canceled as safety precautions.

"We just didn't have enough time to plan the parade," Winter says.

Nonetheless, the streets were still packed on day one, and there are still more to come.

"People have been really chomping at the bit to get to a festival," Winter says.

With additional sanitation crews and equipment on had, Winter tells 2 On Your Side safety is still at the top of the committees mind and visitors can focus on enjoying themselves.

The Niagara County Fair was planned in only two months this year.

Marc Ducharm is park of the fair's marketing team and says, "typically, we plan the fair over the course of six months."

But this year, it was about doing whatever necessary to make sure that people could come back, have fun, and feel confident in the safety measures put in place.

"We had to make some changes, including increasing our sanitation staff, both indoors and outdoors and make sure that our masking policy is practice. Unvaccinated visitors will still need to wear their mask," Ducharm says.

And while fun is still to be had, concerns are still rising, especially as news of variants continue to spread.

According to the New York State COVID Tracker, positive case numbers in both Erie and Niagara Counties are higher today, much higher than they were this time one month ago.

As mask mandates in states, including New York, continue to be revised consistent with CDC recommendations, fairgoers say they are happy to be out again and hope another shutdown isn't in the near future.