In an upset, Miki Sudo edged the legendary Joey Chestnut. She won by eating 246 wings in 12 minutes. Chestnut finished second with 244. 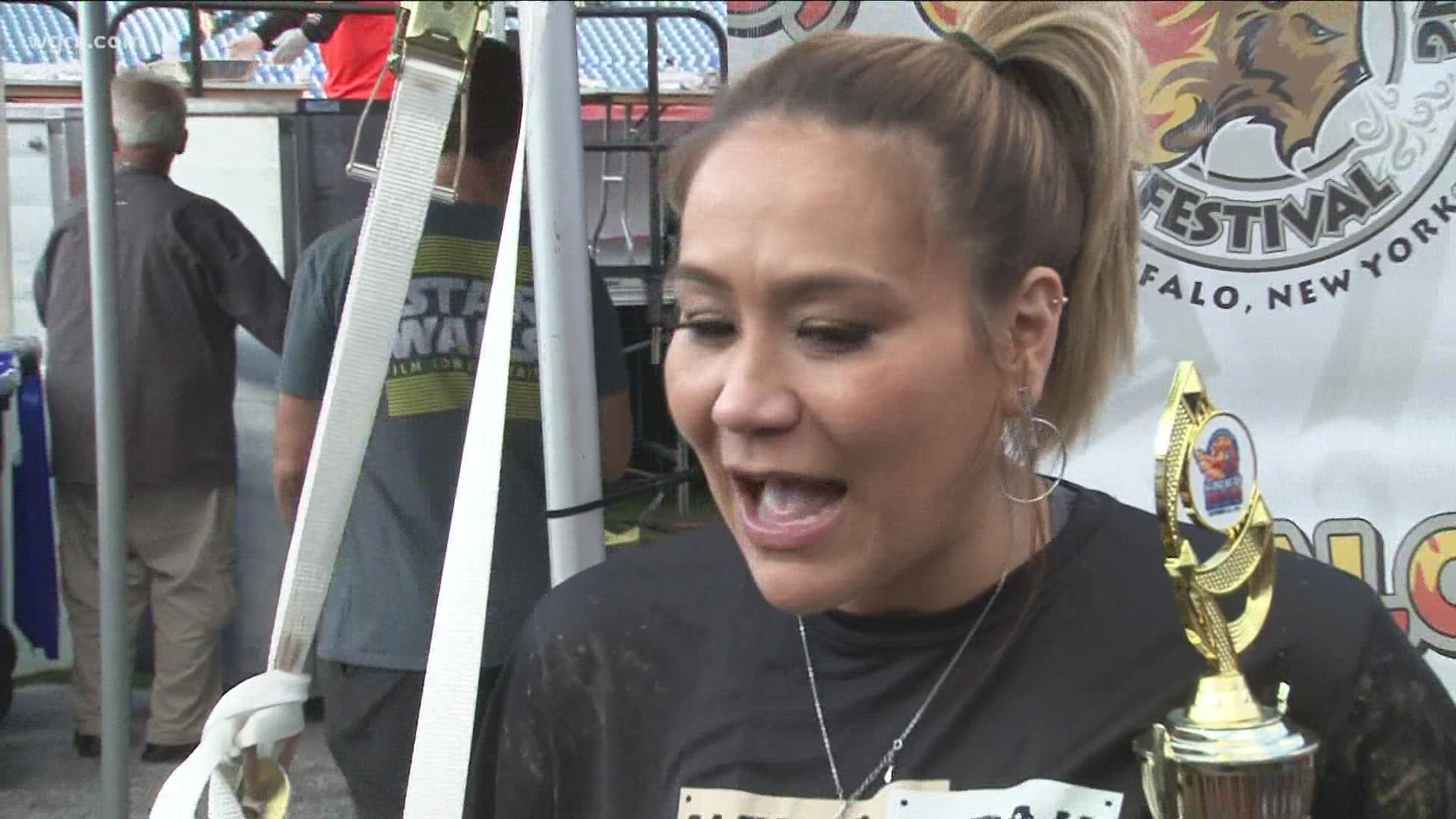 There was an upset. Legendary Joey Chestnut was edged by Miki Sudo, who won by eating 246 wings in 12 minutes.

"I really just focus on technique," Sudo said. "I slow myself down on purpose, to get as much meat off as possible instead of moving through quickly. Towards the end, I slowed down a bit because the wing sauce was really intense. The flavor hit me in the face."

The loss marked the second time in as many contests that Chestnut lost by just two wings.

"It feels great to be back in Buffalo, eating chicken wings again," he said. "I wish I ate a little more. This is the second time in a row I lost by two wings, but I'll be back next year."

Sudo shared her preferences on wings following her victory.

"I'm team flats to drum, naked as opposed to breaded, I like blue cheese over ranch, and I like celery over carrots. But I'll eat them all. My favorite sauce is medium Buffalo," she said.

Chestnut said he thought it would be a close finish.

"She's a great eater," Chestnut said. "I felt myself getting lazy, and I was like, 'Oh no, I'm getting lazy.' And you know what? I paid for it. I didn't follow all the way through. There's no better place to have a chicken wing contest than the home of the Buffalo wing."

Festival founder Drew Cerza had called it a "virtual tie" initially, so there was a wait and a second tipping of the scales to see who won. The pause helped build more suspense as a packed crowd at Highmark Stadium eagerly waited for the final tally.

The U.S. National Buffalo Wing-Eating Championship is a contest to see who can consume the wing meat off the bone. A debris-food, the wings are weighed before and after the contest.