RVs and Meat Raffles: A match made in heaven 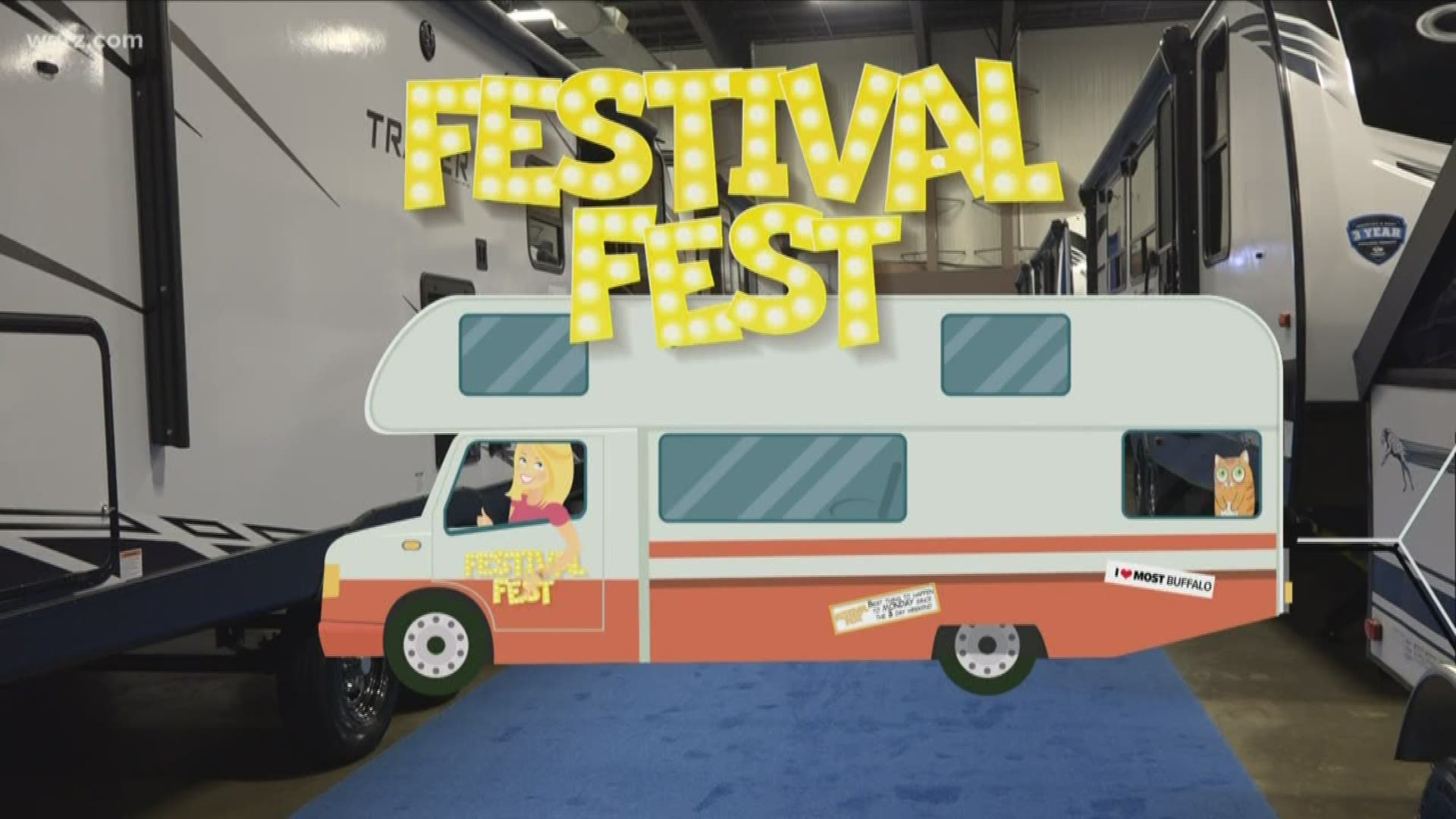 BUFFALO, N.Y. — Friends. Have you ever been relaxing in your living room watching TV and thought, we should put this whole thing on wheels?

You're in the right place.

This is Festival Fest.

Festival Fest is the thing I do where I talk about things to do in Western New York.

Today, I'm at the fairgrounds in Hamburg where the Western New York RV Show is going on right now and continues next weekend.

I keep trying to convince my bosses to buy an old Winnebago and let us take Most Buffalo on the road and I'm hoping just being here will manifest that into existence.

ALSO... you sent me so many meat raffles this week to festivalfest@wgrz.com and you clearly have to move that meat somehow. More on those later, but first, here are some other things happening the weekend of January 25 and 26.

The Buffalo Wine and Chocolate Festival is happening at the Buffalo Grand Hotel.

Pasta for Paws benefits Diamonds in the Ruff at the Shawnee Fire Hall in Sanborn on Saturday.

The Lancaster Elks Lodge is hosting a Birthday Party for Elvis on Friday.

Now, the King's birthday was actually January 8, but that's none of my business.

And it turns out Western New Yorkers don't let things like a dates keep them from a good time.

Actual Groundhog Day is Sunday, February 2, but Buffalo is having its 7th annual Groundhog Day celebration on Saturday, January 25 at Flying Bison. It raises money for animal causes here in Western New York and this year they are donating the proceeds to help wildlife affected by the wildfires in Australia.

Real quick and not to be controversial, but the more I'm here the more I realize that RVs are a lot like guys. There are a whole bunch of different ones but after awhile, they all seem pretty much the same.

And that's Festival Fest, the greatest thing to happen to Monday since the 3-day weekend. Have a great day and a great week and I'll see you next time

RELATED: Not just a dog walker: meet the gentle human and real boss behind 716 Dog Pack