In November, the players will try to beat a Guinness World Record for the longest hockey game, which Alberta, Canada, just beat two weeks ago at 252 hours. 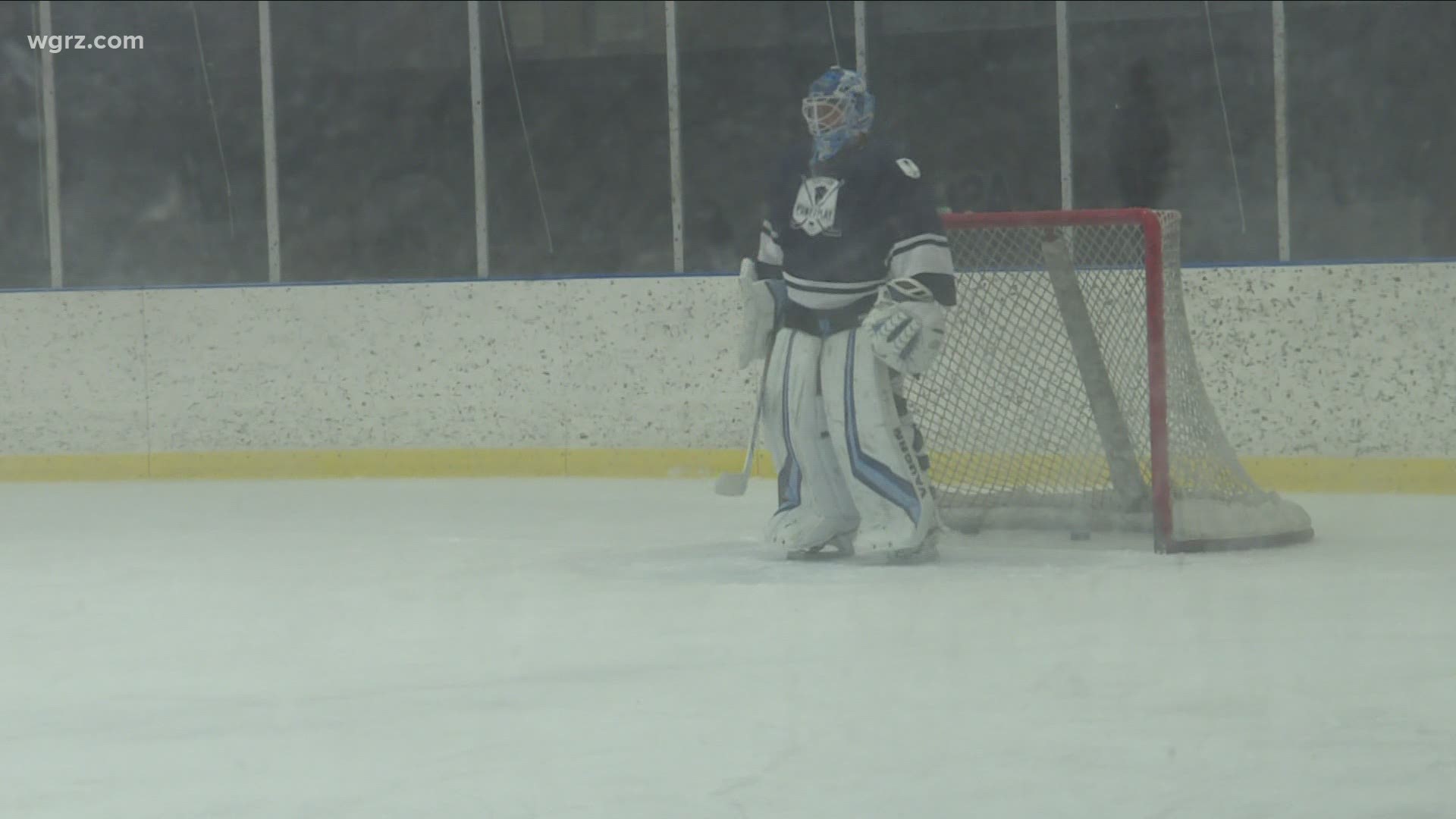 BUFFALO, N.Y. — The 11 Day Power Play has raised over $5 million in just the last four years.

Saturday morning, the team got together on the ice for the first time. The even has become a tradition in Western New York all for a good cause.

Even as the team meets this year, there are some new guidelines in place because of an untraditional year for everyone.

Players will have to wear masks and social distance when they aren't on the ice.

One of the event's co-founders, Amy Lesakowki, says they have an advantage because hockey is a sport you can play outside.

This is the first time 40 players are not talking over Zoom.

They finally met in-person and will begin training for the big event happening November 13-24.

The players will also try to beat a Guinness World Record for the longest hockey game, which Alberta, Canada, just beat two weeks ago at 252 hours.

Forty players taking part in this November’s 11-day Power Play to raise money for cancer are meeting on the ice for the first time this morning. If you look closely, somewhere is @wgrzpete. @WGRZ @11DayPowerPlay pic.twitter.com/yGPNwJZqcn

That's not the biggest and most important goal though.

"Out of respect for the event, we will only break that record by a very small margin amount because it's really about raising money for cancer research and supporting our community, versus blowing a world record beyond a few minutes of the world record, the current existing record. That's just something that Canada does respectfully, and we do the same," Lesakowki said.

She says every single one of the players knows someone who's been affected by cancer.

Some even have it, such as Mike Surdyk, who is battling bladder cancer.

"It gives me an avenue to be able to spread the message of 'hey, if you know me, you know someone who's affected with cancer so it's touching everybody. To have this many warmhearted beautiful people together in a group with a common cause, how do you beat that? It's amazing," Surdyk said.

You'll probably notice a familiar face, 2 On Your Side's Pete Gallivan is also in the Power Play.

The 11 Day Power Play is trying to raise more than $1 million this November.