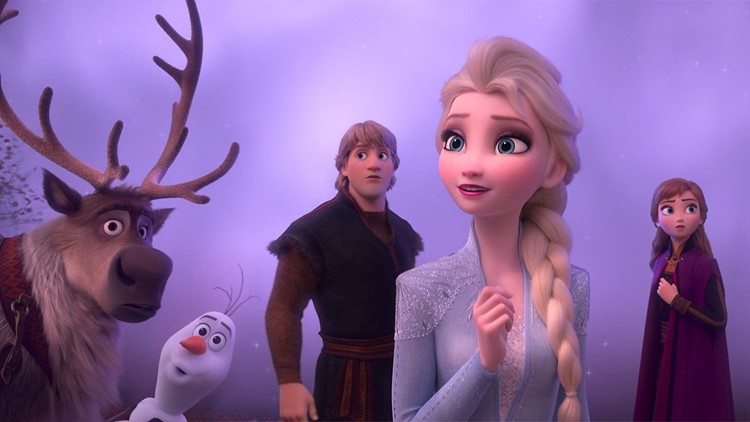 Props to Disney+ for taking the advice of Frozen 2 and doing the next right thing! The Disney streaming service announced on Friday night that they would be adding the beloved Frozen sequel to available titles for U.S. viewers on Sunday, March 15, three months early.

In the wake of the coronavirus outbreak there have been many cancellations and postponements, but this news is a plus that many fans can get behind. The company announced the decision saying it hopes to help by "surprising families with some fun and joy during this challenging period."

The film will also be available on Disney+ in Canada, the Netherlands, Australia, and New Zealand on March 17. The box office hit features the popular characters voiced by Kristen Bell, Idina Menzel, Jonathan Groff, Josh Gad, and more.

Children across the country and around the world are being kept home from school in the hopes of slowing the spread of the disease, so this new addition to the Disney+ service will hopefully help as fans continue to quarantine and practice "social distancing."

Disneyland and Disney World theme parks and resorts have shut down and production on multiple live-action Disney films has been halted, including The Little Mermaid, Shang-Chi and The Legends of the Ten Rings, Home Alone, The Last Duel, and Nightmare Alley. And pre-production for Peter Pan & Wendy and Shrunk has also been put on hold.

For more on how the coronavirus outbreak has impacted Hollywood, watch the clip below:

The Biggest Cancellations Due to Coronavirus Concerns So Far