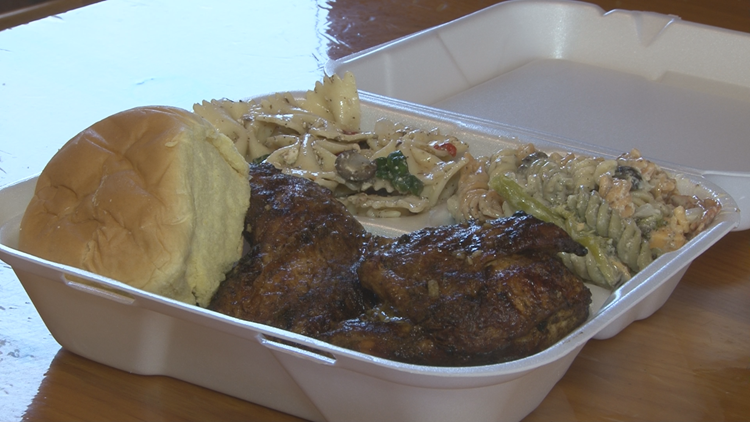 You probably know Chiavetta's catering from a number of events around Western New York. But did you know they have a dine-in and carry-out restaurant?
Author: Stephanie Barnes
Published: 10:33 AM EDT May 24, 2018
Updated: 7:34 AM EDT May 25, 2018

Lockport, NY — Chiavetta's BBQ, with its vinegar-based marinade, garlic and other spices has come to be a Western New York staple.

"We hear from people al the time who come home once a year and when they're home, they've gotta have their Chiavetta's," said Kathleen Chiavetta, the company's business manager.

During the summer, Chiavetta's pumps out hundreds, sometimes thousands, chicken dinners a week through their catering company.

But a few years back, they branched out beyond catering.

In 2009, Chiavetta's expanded from catering to carryout and now a full dining room, all at their Lockport location on Fisk Road.

"A lot of people still don't know we do meals here, even local people," Stapf said.

It is everything you love about Chiavetta's, in a fast-serve, dine-in or take-out restaurant.

If you want an easy dinner for the family, a quick lunch just for you, or their cornbread or sides for a party, they have got you covered at the Lockport location.

"I think this is a great example of us evolving for our customer demands because it was the first new thing we had done in decades," Chiavetta said.

Chiavetta's in Lockport is open for dine-in or pick-up during both lunch and dinner, seven days a week.

And not to worry, their catering does continue. In fact, if you are thinking about getting Chiavetta's last minute for a Memorial Day BBQ, they say they can probably still help.

"We try to never turn a customer away," Chiavetta said.

They said they will add another takeout spot this summer. Chiavetta's catering location in Brant will soon also offer meals to-go. They will offer that Saturdays and Sundays.