Def Leppard, Motley Crue, Poison and Joan Jett & The Blackhearts will embark on a 22-city tour at some of America's largest stadiums. They'll be coming to New Era Field on August 13.

Tickets went on sale to the general public Friday, December 13 at LiveNation.com. Citi cardholders will have access to presale tickets starting December 10 at 10 a.m. You can learn more about the presale tickets here. 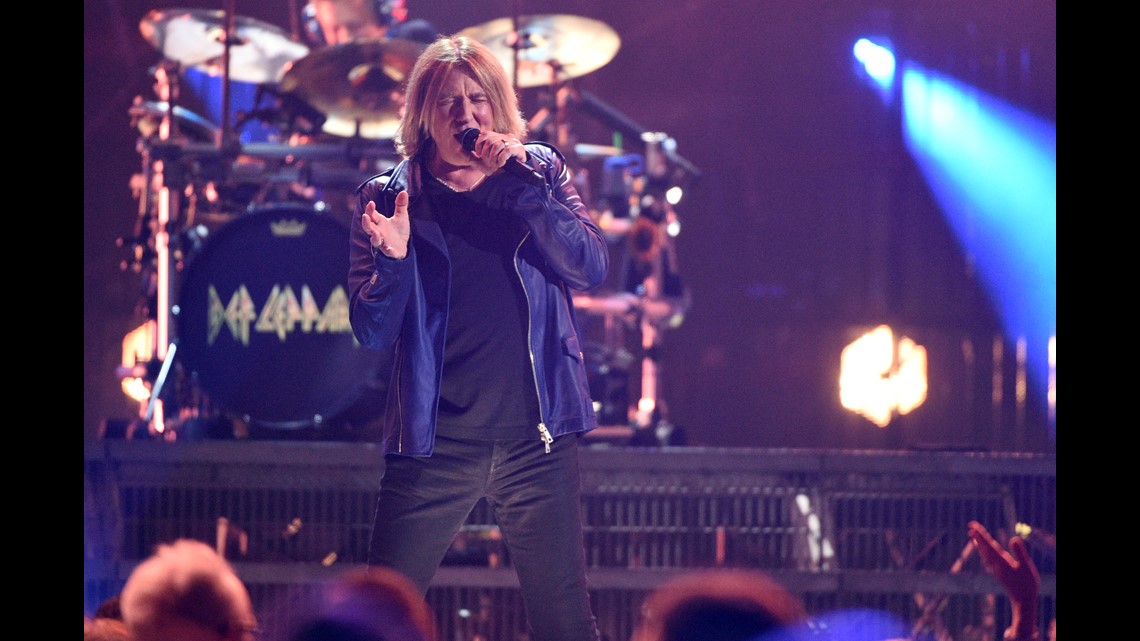 01 / 05
Inductee Joe Elliott, of Def Leppard, performs at the Rock & Roll Hall of Fame induction ceremony at the Barclays Center on Friday, March 29, 2019, in New York. (Photo by Evan Agostini/Invision/AP)
02 / 05
Legendary rock band Motley Crue performs in Los Angeles on Tuesday, April 15, 2008. The original members of Motley Crue _ singer Vince Neil, bassist Nikki Sixx, guitarist Mick Mars and drummer Tommy Lee will be teaming up with Buckcherry, Papa Roach, SIXX:AM and Trapt for a summer tour they are billing as Crue Fest. (AP Photo/Damian Dovarganes)
03 / 05
Vince Neil of Motley Crue performs on stage at Wembley Arena in London, Friday, Nov. 6, 2015. (Photo by Joel Ryan/Invision/AP)
04 / 05
Joan Jett and Joe Walsh perform at "An Evening Celebrating The Who with Pete Townshend and Eddie Vedder" at Rosemont Theatre on Thursday, May 14, 2015, in Rosemont, Illinois. (Photo by Rob Grabowski/Invision/AP)
05 / 05
Bret Michaels of Poison performs during the Nothin' But a Good Time Tour at the Hollywood Casino Amphitheatre on Saturday, June 9, 2018, in Tinley Park, IL. (Photo by Rob Grabowski/Invision/AP)

This is the second act in the last month to announce a concert at New Era Field. Billy Joel announced he'll be coming to Buffalo at the start of November.