Six competitors stayed in a coffin for 30 hours in an attempt to win a cash prize. 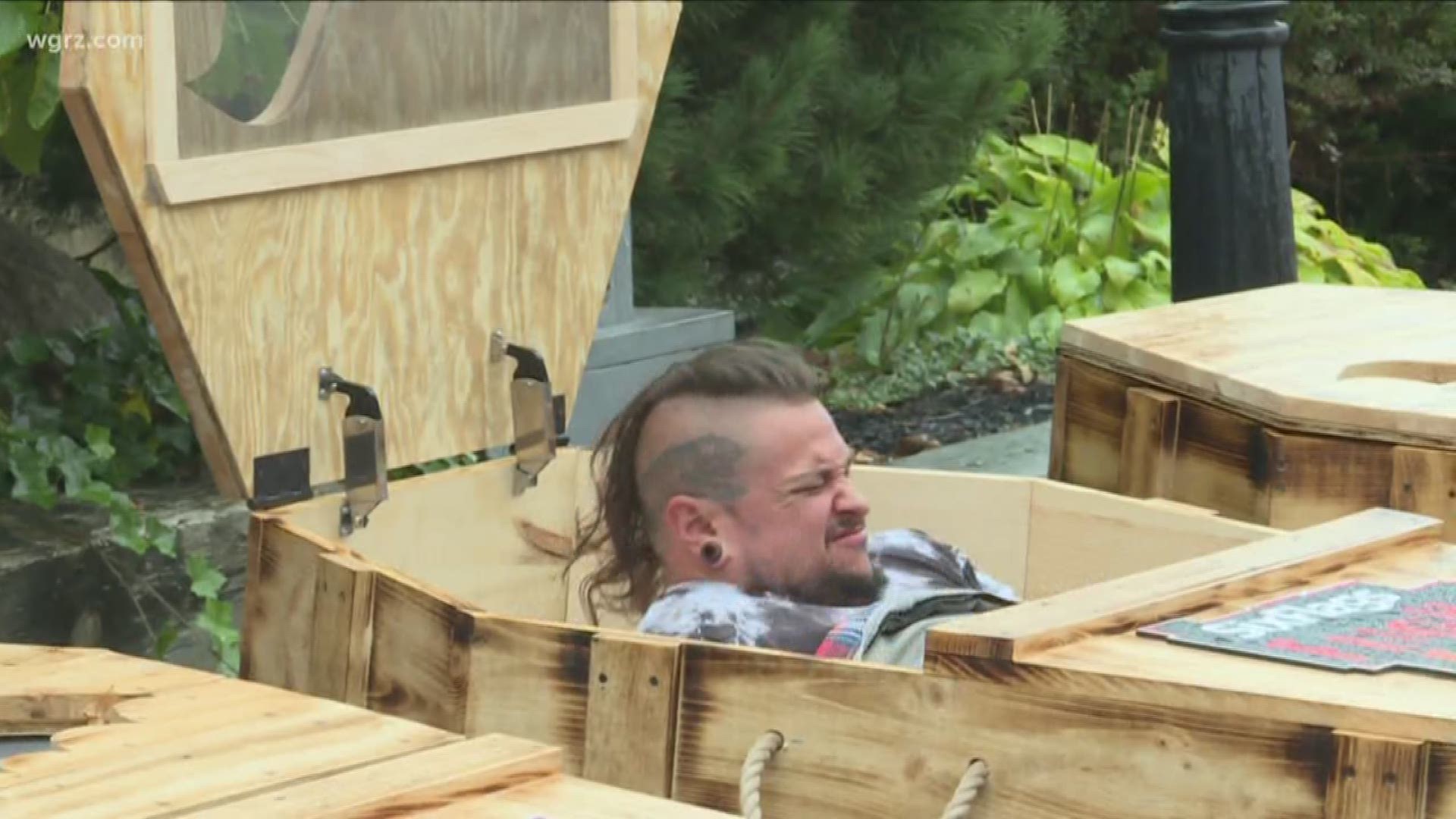 The challenge began at 6 a.m. on Friday October 11. Each coffin was 'slightly used' and participants were given a bathroom and cell phone break every three hours. The challenges were timed and included things like completing a scavenger hunt and lying in a bed of live warms.

Nathan Squire not only spent hours in a wooden coffin, he beat out his other competitors by eating bugs and even lying in the coffin with worms crawling all over him.

2 On Your Side's Karys Belger talked to Squire during one of his breaks and asked him which challenges were the easiest and the hardest for him to complete.

Squire won $600 dollars and — along with the second and third place winners — a 2020 Gold Season Pass, and a 2019 Fright Fest All-Season Maze Pass.