The mural honors John Brent, who was Buffalo’s first Black architect and a civic leader. 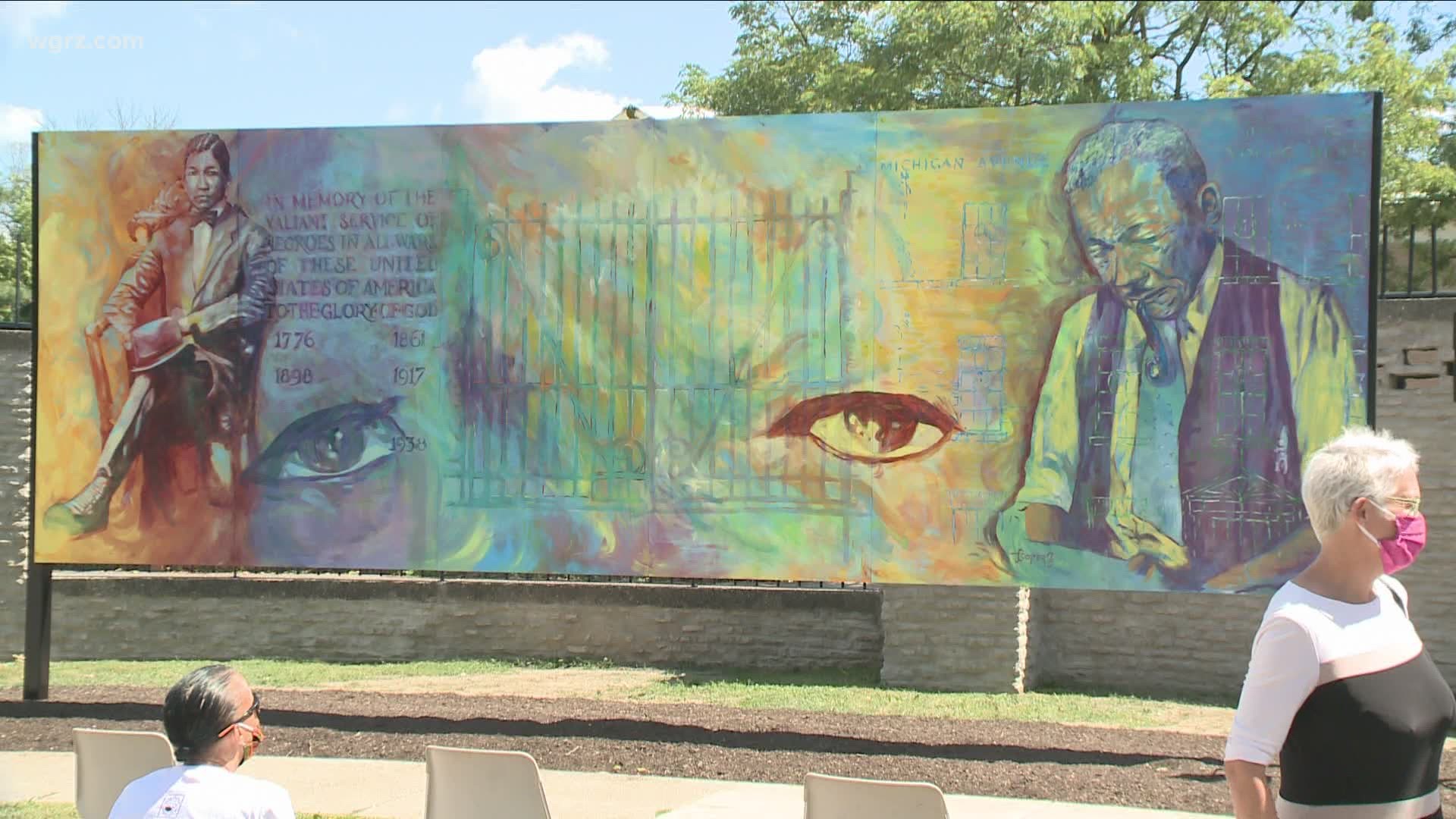 BUFFALO, N.Y. — A new mural honoring John Brent is now up at The Buffalo Zoo.

As part of its Public Art Initiative, the Albright-Knox Art Gallery enlisted James Cooper III to install the mural at Park Road at the northeast corner of the zoo, near Parkside Avenue and Amherst Street.

According to Albright-Knox, the mural "celebrates the life and legacy of John Brent, Buffalo’s first African American architect and a notable civic leader." It was done in collaboration with late local historian Christine Parker.

Brent moved to Buffalo in 1912 to become a draftsman, after studying at the Tuskegee Institute and what is now Drexel University. He eventually established his own firm.

Honoring a #Buffalo pioneer! I was proud to attend the unveiling of the new mural at the @buffalozoo, which pays tribute to John E. Brent, the City’s 1st African American architect. The mural was created by James Cooper III, & is on display near the Zoo’s gates Brent designed. pic.twitter.com/JOonwbHO6k

Brent worked on a number of projects for the City of Buffalo, including an entrance court at the southwest corner of Parkside Avenue and Amherst Street, which still stands. He began that project in 1935 and completed it in 1938.

That entrance court was added to the National Register of Historic Places in 2013.

He was also the first Buffalo-branch president of the NAACP.

Check out our Guide 2 Public Art in Western New York to find some pieces you can view while maintaining social distancing guidelines.

1 / 26
WGRZ/Tommy Gallagher
Buffalo artist Chuck Tingley created the piece of art in Hertel Alley as a tribute during the COVID-19 pandemic.

RELATED: A celebration of wings: mural in works at Pearl Street Grill & Brewery