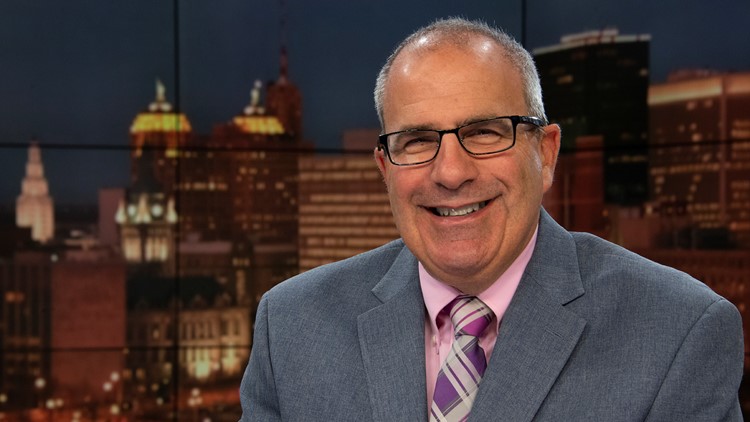 Stu Boyar is an anchor, reporter, photographer specializing in sports for WGRZ, Channel 2.

I have won a number of awards for high school play by play basketball and football. Unique programming as part of this web page. Also won an AP award for top Sports Feature in 2016.

I have worked at WAXC radio and WHEC-TV in Rochester, New York. I also worked at WSEE-TV in Erie, Pennyslvania.

What I enjoy most is my family. I am married and have two daughters.

I grew up in Rochester, N.Y. watching the Red Wings and the Americans. I started hanging around WAXC radio in the early 1970's where I met the great Rich Funke.

Rich who has retired from WHEC-TV is my mentor. Outside of my dad I learned more from Rich than any man on the planet. I became a "go-for" go fo this go for that while I was at WAXC radio, 1460 AM on the radio dial. Rich worked with me on my delivery and in the summer of 1972 I did newscasts all night long.

After graduating from Brighton High School I went to Monroe Community College. While there I worked at WAXC radio, WHEC-TV, Trailways Bus and I was the PA announcer for the Rochester Red Wings for one season.

I transferred to Syracuse for my junior and senior year of college. In my senior year, I went to work for Rich at WHEC-TV. I graduated from SU in 1977 and worked at Channel 10 until September of 1978. I got hired at WSEE-TV in Erie, Pennsylvania.

I did news when I first got to Erie, but within six months I was doing sports full time. I stayed there until 1984.

In February of 1985, I started here at WGRZ-TV. I have been fortunate to have done many things in broadcasting.

I have been able to learn and grow at every stop along the way. I have been more fortunate than many in this industry in that I haven't had to move all over the country.

During my career in broadcasting I have covered the NHL, MLB NFL, NBA, NCAA basketball and hockey. I have also covered professional tennis (men and women), soccer and auto racing. and certainly any other sport you care to name including rugby and squash.

I am having a great career. Now I am working in high school sports which is tremendous as we try to grow our high school web page. Among other things, this has provided the opportunity to do some play by play broadcasting as we have live streamed football, basketball and hockey. Play by play is my true love.

Growing up in Rochester I wanted to be a major league baseball player. I was missing a few things; starting with talent. I didn't have the strongest arm, couldn't hit a curve ball and let's just say I wasn't the fastest kid on the block.

I met my wife Susan in July of 1993. We were married in May of 1994. We have two daughters, one born in 1996 and the younger one born in 1998. They are our pride and joy and both right now are playing high school sports.

Being at Channel 2 has been the experience of a lifetime. I have covered the Super Bowl, The Stanley Cup Playoffs, The World Series, the NCAA basketball and hockey tournaments and numerous high school sports events.

I hope to continue being part of WGRZ-TV and wgrz.com until its time for me to ride off into the sunset.