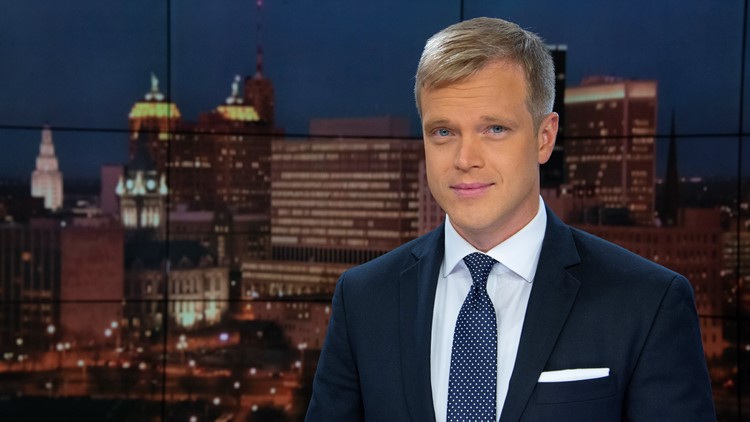 Michael Wooten is an anchor and managing editor at WGRZ 2 On Your Side in Buffalo, NY, specializing in in-depth and investigative reporting.

Michael's first job was at NBC affiliate WSAZ-TV, where he started as a producer before becoming a reporter and weekend evening anchor. His most memorable story in his home state was sitting down with then-Senators Barack Obama and Hillary Clinton on the same day. Michael was the station's political reporter, so he interviewed dozens of national politicians during the intense 2008 primary and general election campaigns.

Michael moved to Buffalo just before the 2009 crash of Continental Flight 3407. It was the first story he covered in Western New York. In the years that followed, he had the privilege of reporting on the families' multiple journeys to Washington, D.C., where they fought for tougher airline regulations to prevent another tragedy.

Michael has reported on some of the biggest stories in the country over the past decade. In July 2012, he covered the Aurora, Colorado movie theater massacre. Michael did dozens of live reports for sister stations across the country. He also reported from Chardon, Ohio after the school shooting; from Little Rock, Arkansas following a hurricane; from the Denver area for flooding in 2013; from Washington, D.C. during "Snowmageddon" and from Houston in 2017 for the aftermath of Hurricane Harvey.

Michael won an Emmy Award for his report about hydraulic fracturing, or fracking, in New York State. He has been nominated for several other Emmy awards and has won multiple Associated Press awards, including two for Best Enterprise Reporting and one for Best Continuing Coverage. In 2015, WGRZ won a regional Edward R. Murrow award for Michael's investigative reporting on "Cell Phone Spying" at the Erie County Sheriff's Office. In 2018, Michael's work contributed to another regional Edward R. Murrow award for innovation.

Michael lives in Buffalo near Downtown. He's a big sports fan, loves WNY summers and enjoys traveling throughout Western New York and around the world.