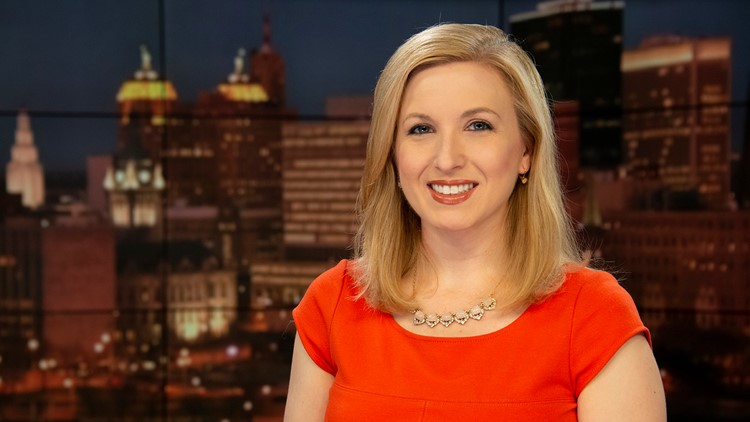 Kelly Dudzik is an Emmy Award-winning journalist and anchors 2 On Your Side at 10 on FOX29 in Buffalo, New York. She also reports for First at Five, Channel 2 News at 6, and Channel 2 News Tonight on WGRZ.

Kelly joined WGRZ in 2013 from KLRT in Little Rock, Arkansas where she anchored the weekend evening newscasts. While in Arkansas, Kelly reported extensively on the on-going desegregation case involving Pulaski County schools. She also covered devastating tornadoes and ice storms.

Kelly began her on-air career in Big Sky Country at KFBB in Great Falls, Montana as an anchor and executive producer. The KFBB staff was much smaller than Channel 2's, and most nights, Kelly was the only person in the newsroom besides the sports director. Time management and multitasking skills were a must!

Kelly spent the first few years of her career behind-the-scenes as a producer at WBRE in Wilkes-Barre, Pennsylvania and WXIX FOX19 in Cincinnati, Ohio.

Kelly grew up in Manchester, Connecticut and started reporting in high school for the FOX61 Kids' News in Hartford. Her reports aired in the afternoon, and her brother's friends would tell her they'd see her on TV during DuckTales.

In addition to her work as an anchor at WGRZ, Kelly has asked local politicians tough questions, and reported on everything from education, to health, sports, and all of the great things happening in WNY.

Kelly also produces City Shapers, a feature you can see every Monday at 5:30 on WGRZ.

When she's not working, Kelly enjoys sharpening her culinary skills, checking out new restaurants, spending time at Canalside, and following national and local politics. Kelly lives in Buffalo with her husband, Matt, and three cats, Mandi, Blanche, and Elsa. Mandi has been with her since she was adopted at SPCA Cincinnati. Blanche showed up at Matt and Kelly's door as a four-week-old kitten. Elsa was adopted from the City of Buffalo Animal Shelter.