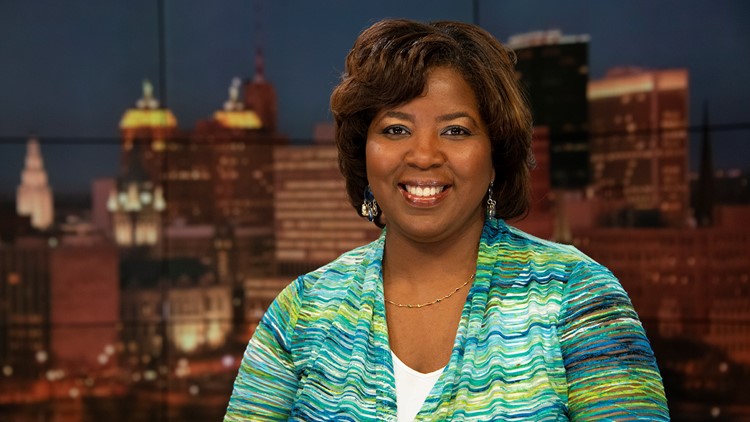 Claudine Ewing is a Reporter and fill-in Anchor at WGRZ-TV in Buffalo, New York.

Claudine’s professional career started directly after graduating from Buffalo State College. She worked in Radio News covering Western New York and Southern Ontario as a Reporter and moved on to be the Afternoon-drive News Anchor.

Her life motto is “Expect nothing, appreciate everything, keep grinding!”

Claudine earned a degree in Broadcast Journalism with Honors. In 2004, she received the Young Alumnus Achievement Award from her college alma mater.

Over the years, Claudine has won numerous awards and has been nominated and recognized for her work in Journalism.

Most recently, she won a 2018 National Association of Black Journalists (NABJ) Award for a story on Refugees. In 2017, she won for a story on child she followed from a premature birth until she graduated from high school, called Preemie goes to College. In 2015, Claudine received Special Mention by the New York State Associated Press for General Excellence in Individual Reporting. In 2014, Claudine won a national award from the NABJ for a sports story The Smart Football Scholar. A story on the rise of Penn State graduate John Urschel who is now in the NFL.

Claudine has earned several awards from the Associated Press for special news series and breaking news. She has also been nominated for New York State Emmy Awards.

Some of Claudine’s memorable stories include revealing to the world that there was a female limbo performer worthy of the Guinness Record. Her story helped make a young girl’s dream come true. Claudine also reported on a family’s mission to have tougher state penalties for repeat child abusers. She followed the case to Albany and now there is Jay J’s law, named after an abused child.

In 1999, Claudine’s alma mater, Buffalo Academy for the Visual and Performing Arts, awarded her with their annual Excellence in Broadcasting Award. In 2004, she was honored with Omega Psi Phi Fraternity's "Outstanding Community Service Award".